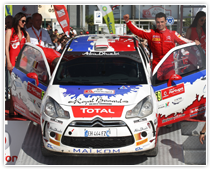 Pirelli once again partners Citroën Racing in order to identify and support promising young drivers. Indeed, the rounds of the Rally de Portugal kicked off the Citroën Top Driver series that will give these drivers the chance to show off their skills on the biggest stages in world rallying, at a reasonable cost. Created in partnership with Pirelli, Abu Dhabi and Total to comply with the regulations for WRC 3 which will become part of the World Rally Championship in 2013, this series is intended as a springboard towards the upper echelons of rallying and, for the very best drivers, towards the sport’s top flight category. In order to tackle the difficult racing conditions in Portugal, one of the toughest of the six scheduled rounds, Pirelli supplied drivers with Scorpion K 159/70-15 tyres in medium (K4) and hard (K2) versions. Designed by Pirelli engineers in Milan, the Scorpion K is manufactured at the Izmit factory in Turkey, providing the high levels of resistance needed to get through dirt roads and rocky terrain without compromising on speed. 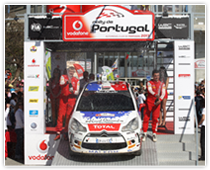 The Citroën Top Driver series features four rounds on gravel and two on tarmac behind the wheel of a DS3 R3, the championship being awarded to the crews and teams scoring the most points. The winner will be offered the chance to take part in six rallies in the WRC 2 championship in 2014, whilst his vehicle will be prepared by the best team. The next round of the Citroën Top Driver series is the Rally d’Italia to be held in Sardinia on 22nd and 23rd June.