DIABLO™ Super Biker, the app dedicated to bikers is improved 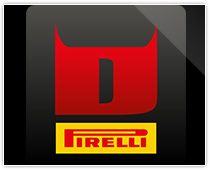 A more user-friendly graphic look, the possibility of sharing riding session with friends, the synchronisation between a user’s mobile device and the dedicated website and even the opportunity of choosing the bike’s model: these are the new features of the DIABLO™ Super Biker, the free app by Pirelli, already used by over 300,000 people worldwide. On www.pirelli.com/diablosuperbiker, it is now possible to create an online profile that along with improved performance visuals on the track and the road, allows users to download on their new smartphone the sessions previously registered on the site with their old mobile device. Moreover, the lovers of two wheels can choose their own bike model thanks to a bike fleet now featuring all of the latest models currently on the market and can allow the app to track their performance.  Through Google Maps the performances are “photographed” in specific situations and the route is recreated on a map. At any time it is possible to view the trips, compare the results, and share them on Facebook, directly from the app, as well as see the routes and the performances your friends have shared. 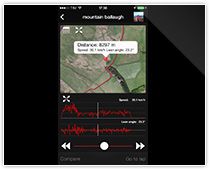 Designed and launched in July 2011 by Pirelli, the DIABLO™ Super Biker can be downloaded from iTunes for Apple devices and from the Google Play Store for Android. It is available in 7 languages (English, French, German, Italian, Japanese, Portuguese and Spanish) for iPhone, iPad and iPod touch with operating system iOS 6.1 or later and for Android with 2.3 version or later.

DIABLO™ Super Biker, the app dedicated to bikers is improved