DIABLO™, the only choice for the new motorcycles 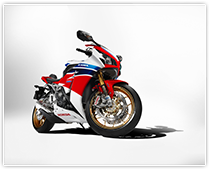 DIABLO™ , Pirelli's tyre range for high-performance motorcycles, confirms itself to be the first choice for top-performance models recently launched on the market by the most renowned motorcycle manufacturers. The DIABLO™ trademark was created in 2002, making its first entry in the supersport segment and then extending the range to cover many other market segments. DIABLO™ can boast over 10 years of history, experience, technology and victories both on track and comparative tests carried out by the most acclaimed motorcycle magazines. In particular, the latest addition to the range, the new DIABLO™ Supercorsa SP, has been chosen by Honda in 120/70 ZR17 front and in 190/50 ZR17 rear as original equipment for the new CBR1000RR Fireblade SP. DIABLO™ Supercorsa SP receives, therefore, another recognition of its undisputed leadership in the segment of racing tyre for road use: it is in fact already original equipment on supersport motorcyles such as BMW HP4, Ducati 1199 Panigale (standard, S and R) and 899 Panigale, Aprilia RSV4 Factory and RSV4 R, EBR 1190 RS, MV Agusta F4, F4 R and F4 RR and Triumph Daytona 675 as well as for naked motorcyles such as MV Agusta Brutale 1090 RR, Triumph Speed Triple R and Ducati Hypermotard SP. Moreover, Ducati has confirmed its long-standing technological partnership with Pirelli with the  launch of the new Ducati Diavel, which in this second series will also be fitted with Pirelli DIABLO ROSSO™II as original equipment in size 120/70ZR17 front and size240/45ZR17 rear, which was specifically designed by Pirelli for Ducati in 2011.  In addition to the new Diavel, DIABLO ROSSO™ II also has a well-established presence  in Ducati’s motorcycle range, including Monster 796 and Hypermotard. 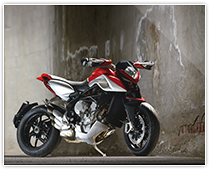 DIABLO™, the only choice for the new motorcycles
Newsroom