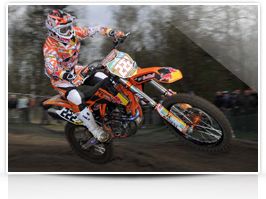 The Scorpion MX shines in the Dutch sand by monopolising the MX1 and MX2 podiums The opening round of the FIM Motocross World Championship confirmed that Pirelli is once more the tyre to beat as the model set the bar across the categories in Holland. Thanks to the special ‘blade’ design and the compound forged for softer terrain the MidSoft 32 front and the Soft 410 rear was the combination of choice for the MX2 class, filling the first five positions, and also prominent in MX1 where it assisted five riders in the first six spots. The premier division was ruled by works KTM rider Antonio Cairoli who enforced his position as world champion by winning both motos. The Sicilian finished ahead of factory Suzuki’s Clement Desalle and Yamaha’s Steven Frossard. Kevin Strijbos beat Belgian countryman Ken De Dycker on what was both riders’ debuts with KTM. After seventh in the first moto David Philippaerts could only make his way back to 15th in the second after a first corner crash led to a broken clutch lever. In MX2 the show was all about vice-champion Jeffrey Herlings who, in front of his home public, extended his unbeaten record to three years and six motos in the sand of Valkenswaard. Second place belonged to Belgian Joel Roelants beating Kawasaki team-mate Tommy Searle and fellow Pirelli riders Jeremy Van Horebeek and Jordi Tixier. The Scorpion Mx’s performance potential was evident in the opening round of the FIM Women’s World Championship where Chiara Fontanesi defeated Livia Lancelot over both motos. The second round of the series will take place on April 22nd at Sevlievo (Bulgaria). 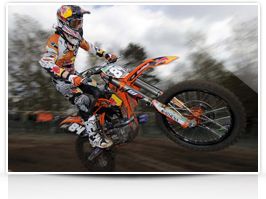 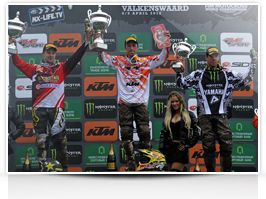 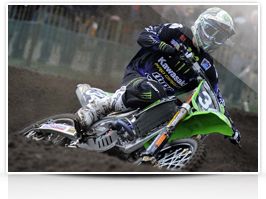