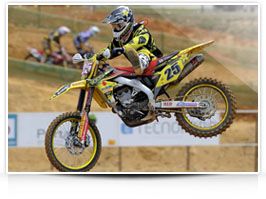 The Grand Prix of Portugal saw the supremacy of the PirelliScorpion MX further established in what was the sixth round of the MX1 and MX2 categories. The fast andrough layout that hosts Portuguese national events saw the triumphant riders adopt the potent MidSoft 32 front and rear combination, as confirmed by Racing Service Manager Giovanni Gatti: “It was a hard and slippery surface combined with rocks, holes and ruts and these conditions highlighted the high performance and versatility of these tyres. Apart from the success on the track there was also evidence of the tyre’s success off the motocross circuit here with the presence of rally rider Helder Rodriguez, who scored third place at this year’s Dakar.” MX1 belonged to the extremely competitive factory Suzuki rider Clement Desalle. The 22 year old completed his second double of the season and also maintained his position as leader of the MX1 championship. Challenging the Belgian’s supremacy was defending champion Antonio Cairoli. The Sicilian finished as runner-up after two close and tense finales to the races and was ahead of Evgeny Bobryshev. In 5th place was French Grand Prix winner Steven Frossard; the Yamaha man was 3rd in the first moto but could do no better than 7th in the second after a bad start. The Scorpion MX was a protagonist in MX2, thanks to KTM’s Jeffrey Herlings who claimed two second positions for the overall win and also the championship red-plate. Herlingscelebrated his third win of the year after his team-mate (and victor of thefirst moto) Ken Roczen had a heavy crash in the second race and had to retire. The Pirelli podium was added to by Gautier Paulin (2nd), while other riders in the top ten included Max Anstie (4th), Christophe Charlier (6th), Tommy Searle (7th), Roczen (8th), Joel Roelants (9th) and Harri Kullas (10th). The seventh round of the series will take place next week at the circuit of La Baneza. 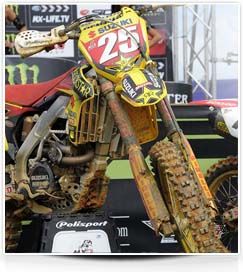 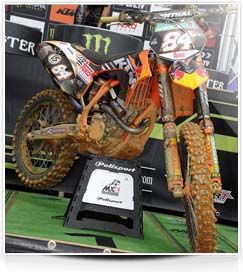 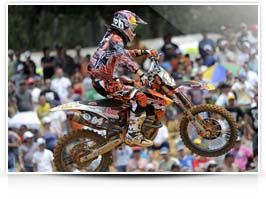 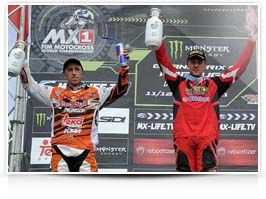 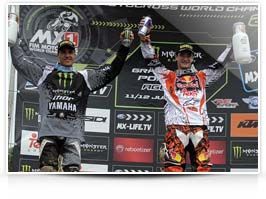 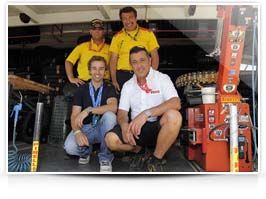