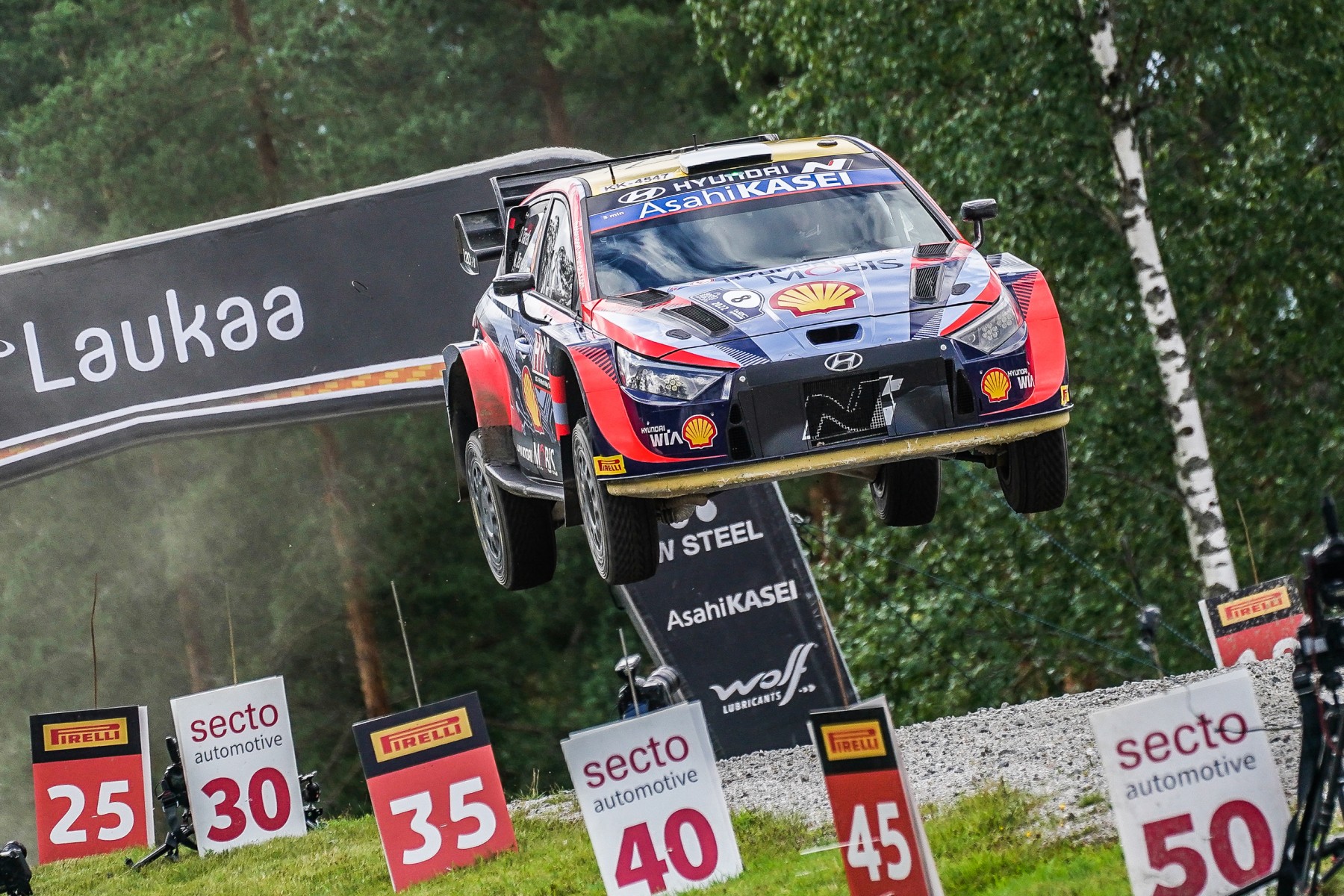 The Rally Finland, the third to last round of the World Rally Championship on gravel, closes with all the promises made on the eve of the event: a challenge to the last kilometre between the leader of the provisional 2022 classification Kalle Rovanperä (Toyota) and Ott Tänak (Hyundai), who, by winning in Jyväskylä, overtakes Elfyn Evans and takes second place; great spectacle in all the special stages, with jumps of up to 50 metres; versatility and performance of the Pirelli Scorpion soft tyres.

THE CHALLENGE
What characterised the race were the extremely variable weather and road conditions. In the space of three days, temperatures went from those of an almost Mediterranean climate, with highs just under 30 degrees on Friday, to those practically autumnal, with heavy rain and lows of 13 degrees on Saturday and Sunday. Consequently, the road surfaces were also extremely variable, appearing from time to time dry, wet and with large puddles, damp and, in the second passages, often strewn with loose stones and marked by deep ruts. The grip was also inconsistent, combining the traditional slipperiness of Finnish roads, worsened by heavy rain on Saturday morning, with medium to medium-high grip conditions yesterday afternoon.

THE TYRES
If the context changed often and quickly, the leitmotif of the race remained constant with Tänak immediately in the breakaway and Rovanperä in pursuit, first also of Esapekka Lappi (Toyota), then of the Estonian alone who administered the advantage until the end without ever relinquishing the lead. The strategy and choice of tyres by all the drivers was also consistent: five softs in almost all sections of the race, except the four of Tänak and Thierry Neuville in Thursday's city stage, and the four softs and one hard of Rovanperä on Friday afternoon. Average and top speeds were generally high, especially on Friday: Tänak won with an average speed of 125.3, while the fastest special stage was the 15.70km SS10 Sahloinen-Moksi 2, which was dominated by Lappi with an average speed of 132.7kmh.

PIRELLI QUOTE
Terenzio Testoni, rally activity manager: "In our philosophy of continuous development of the solutions we offer the teams, we consider the races to be the most significant and insightful tests. In light of the long series of gravel rallies, I can say that the 2022 evolution of the KX Scorpion SA has definitely passed the test, adapting to all possible conditions and circumstances, both weather and road surface. After the fast asphalts of Belgium in a fortnight' time, which will see the P Zero Hard and Soft tyres, the hard compound Scorpions will be the protagonists in Greece, suitable for the most wearing surfaces and with temperatures over thirty degrees".

In WRC2, Finland's Teemu Suninen in a Hyundai i20 N Rally2 won, resisting the pursuit of compatriot Emil Lindholm in a Škoda Fabia Rally2.

Below is a graphic summary of the Rally Finland. 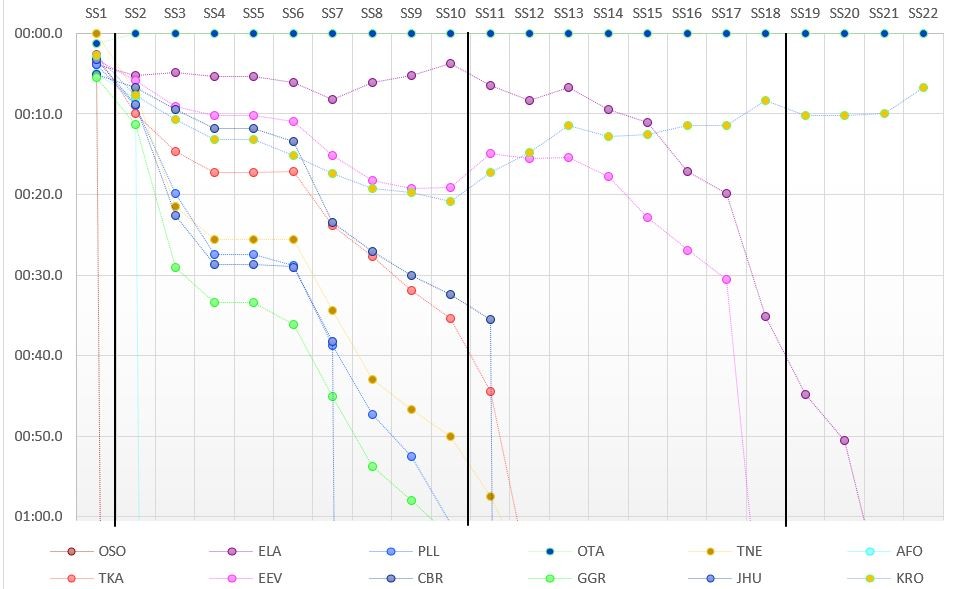 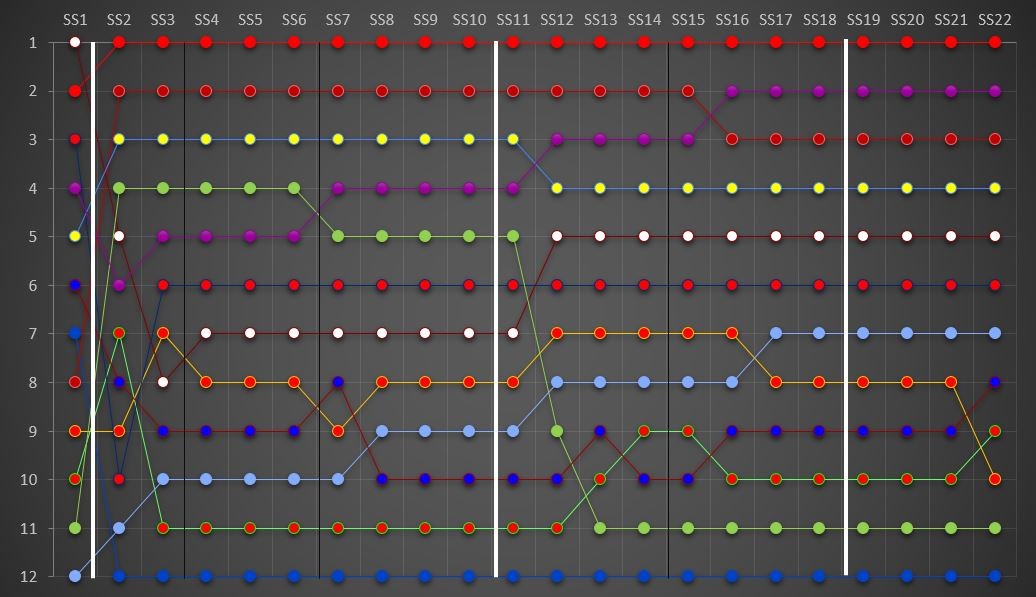