For Pirelli it’s a one-shot at the difficult and feared Istanbul circuit, a double from Laverty in Superbike and ovation for Kenan Sofuoglu after the win in Supersport in his home race

The Superbike and Supersport tyres developed by Pirelli to face the secrets of the Turkish circuit perform optimally; Laverty, Guintoli, Melandri and Sykes alternate on the podium ready to fight for the world title in the last three races 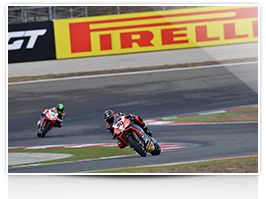 The Superbike and Supersport solutions designed by Pirelli to face the Intercity Istanbul Park hit the target first time: in both classes, in fact, the riders completed the race without any problem thanks to the consistency of performance demonstrated by the Pirelli tyres. The conditions of the circuit and the weather certainly did not make things easy; the track was very dirty on Friday and Saturday practices characterized by rain haven’t made it possible for teams and riders to make long runs with the new solutions brought by Pirelli, forcing them to get off the grid today with unknown tyres. Despite this, at their debut and without having been tested in the days before the round, both new solutions provided by Pirelli have worked well, offering excellent performance for the entire race duration. 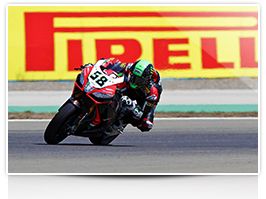 In Superbike Eugene Laverty (Aprilia Racing Team) got a splendid double, his teammate Sylvain Guintoli grabed a fourth and third place while the overall standings leader Tom Sykes (Kawasaki Racing Team) achieves the third step of the podium in race 1 improving by one place in race 2. Good performance also for Marco Melandri (BMW Motorrad GoldBet SBK) thanks to a second place in Race 1 and a fourth in Race 2. In the overall standings the English Kawasaki rider consolidates his lead with 323 points, followed by the Aprilia riders Sylvain Guintoli at 315 and Eugene Laverty who thanks this two wins goes to 297. The gap of Marco Melandri, fourth, is of 33 points from the first with still 6 races to go for the end of the season and 150 points still up for grabs. The Supersport has probably saw the best race of the season both on track for the duel between Kenan Sofuoglu (MAHI Racing Team India) and Sam Lowes (Yakhnich Motorsport), and for more than 51,000 fans present on track to support the fellow rider, carried off shoulder high to the presentation in triumph by the public after winning the race against the English rider. Despite this win, the gap between the Turkish rider of Kawasaki and Sam Lowes on the Yamaha YZF R6 is 49 points, enough for the British rider to need only a couple of points to be crowned World Champion. 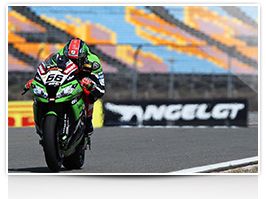 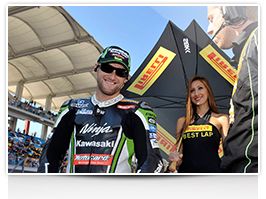 The Pirelli solutions chosen by the riders: In Superbike at the rear the race solution has been the S1258, chosen by about three-quarters of riders lined up on the grid in both race 1 and race 2 and in any case by all the riders of the first 3 rows. This new solution, specifically developed for the Turkish circuit, in terms of compound is positioned in the area of ​​standard SC1, with the purpose of improving the thermal-mechanical properties. The remaining riders have instead used the S1190, a soft option also developed for this round, with the same objective to strengthen the mechanical-thermal resistance of the standard SC0. On the front the riders divided their preferences between the standard soft solution (R426) and the medium one (R982), with a prevalence of SC1s. On the rear Supersport riders have opted mainly for the new development SC0 (S1259), at his circuit debut and with a compound that - speaking from a hardness point of view - is positioned in the area of ​​SC0. That comes from the Imola tests and uses the new profile very appreciated by riders during July tests. For the front the majority of riders opted for the standard SC1 (P1177). Pirelli Best Lap Award: 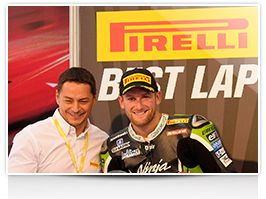 The “Pirelli Best Lap Award” is awarded by Pirelli to the rider who sets the fastest race lap. This recognition is presented by a Pirelli representative during the Paddock Show in a press conference which follows the podium at the end of races 1 and 2 for the Superbike class and at the end of the Supersport race, for a total of three awards each weekend. The time set by the fastest rider is indicated and can be seen in the trophy which is in the shape of a motorcycle instrument panel this year. At Istanbul the awards were presented by Pirelli Moto Marketing Manager Export Vasily Batranyuk, by Marketing Manager Pirelli Turkey Erkal Ozurun and by Francesco Cerati, Area Manager Export Pirelli Moto. The Superbike and Supersport rider who has earned the most “Pirelli Best Lap Award” titles at the end of the season will be elected “Best Lap Winner: fastest rider of the year” and awarded in the usual end of year ceremony. At the moment Tom Sykes leads the Superbike standings with 9 awards. In Supersport Sam Lowes is the leader with 5 best lap awards. 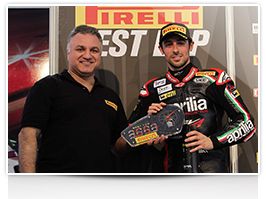 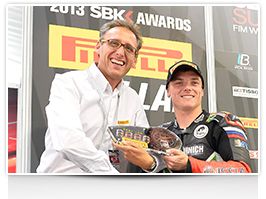 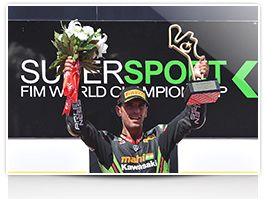 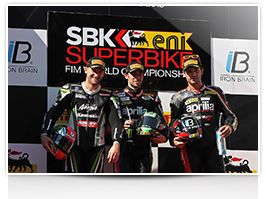 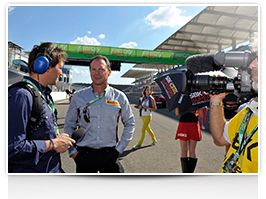 "The Istanbul circuit represented for us a strong unknown: as well as the majority of the riders we had never raced before here, we could not make the pre-race test but we knew it would be a particularly aggressive track on the tyres, also due to possible high temperatures. Cconsidering that there had been problems in the past when the MotoGP raced in the past. Precisely for this reason we have prepared for this round with dedication and our Research & Development team has designed solutions for both the Superbike and the Supersport class which have performed to perfection allowing riders of all classes and all the teams to compete at the highest level and finish the races without any problem. For us this is a very important result, a further confirmation that we are working in the right direction to make our tyres ever more efficient and at the same time be able to cover the entire duration of the race always and in every situation, whatever is the circuit or meteorological conditions they are called to face. The information collected in this round and some solutions developed for here definitely can be useful also next year on a difficult track like Phillip Island one. Speaking about the Championship I'm glad to see that this year too is competitive and open, with four riders of three different teams that are fighting to the last shot, it will be difficult to have a winner before the last or penultimate round. Eugene Laverty in this round has shown the willingness to fight till the end for the title, as well as his teammate. Also, congratulations to Toni Elias at its debut in Superbike, without knowing the bike and the tyres he showed he is a strong rider. But surely the most beautiful emotion today comes from Kenan Sofuoglu and the beautiful Turkish audience that cheered its idol, accompanying him to the win, to be appreciated in the same way the fair play of Sam Lowes who lacks a point to win the World Supersport Championship". The 2013 Pirelli statistics for Intercity Istanbul Park round: • Total number of tyres Pirelli brought: 3346 • Number of solutions (dry, intermediate and wet) for the Superbike class: 5 front and 7 rear • Number of solutions for the Supersport class (dry, intermediate and wet): 4 front and 5 rear • Number of tyres available for each Superbike rider: 35 front and 38 rear • Number of tyres available for each Supersport rider: 25 front and 28 rear • Temperature in Race 1: air 24° C, asphalt 32° C • Temperature in Race 2: air 24° C, asphalt 40° C • Maximum race speed reached by Pirelli Diablo Superbike tyres: 297.5 km/h, in Race 1 by Sylvain Guintoli (Aprilia Racing Team) at 14th lap and in Race 2 by Eugene Laverty (Aprilia Racing Team) at 3rd lap and by Chaz Davies (BMW Motorrad GoldBet SBK) at 2nd and 3rd lap. • Maximum race speed reached by Pirelli Diablo Supercorsa tyres in Supersport: 270.0 km/h, Lorenzo Zanetti (Pata Honda World Supersport), 7th lap.

For Pirelli it’s a one-shot at the difficult and feared Istanbul circuit, a double from Laverty in Superbike and ovation for Kenan Sofuoglu after the win in Supersport in his home race