FOR THE FIRST TIME, A DRIVER AGED UNDER 18 WINS A TOP-LEVEL FIA RALLY: SOLBERG WITH PIRELLI

For the first time a driver aged under 18 has taken the overall win in a top-level FIA championship rally: 17-year-old Oliver Solberg at Rally Liepaja in Latvia – the third round of the European Rally Championship – driving a Volkswagen Polo R5 on Pirelli tyres.

The son of the 2003 World Rally Champion Petter Solberg (who won his title on Pirelli tyres) drove a fantastic event in Latvia, leading from start to finish and winning 10 out of 13 special stages. Solberg finished 22.7 seconds ahead of reigning European Rally champion Alexey Lukyanuk in a Citroen C3 R5.

On the rapid gravel of Latvia (the winner’s average speed was 122kph) the Pirelli drivers were able to rely on the extraordinary grip and turn-in of Pirelli’s specially-developed Scorpion rally tyres, both on dry and wet gravel.

These qualities allowed not only Solberg to deliver. Completing Pirelli’s successful weekend at the ERC was third place overall for 19-year-old Martins Sesks, who took part in his home rally in a top-category car as part of his prize for winning last year’s Junior ERC3 title, where Pirelli is exclusive supplier.

Thanks to fifth place for Polish Skoda Fabia R5 driver Lukasz Habaj (who won in the Azores and was third in the Canary Islands), Pirelli maintains the overall lead in the European Rally Championship for drivers.

Solberg said: “It was a perfect rally for me with perfect tyres. On some special stages I was not perfect myself, maybe a little bit too careful, but when I gave the best of myself I was able to win a few special stages. It’s definitely been the best day of my life.”

Terenzio Testoni, Pirelli’s rally activity manager. “Rally Liepaja is one of the fastest gravel rallies in the world with extremely high average speeds. It’s a massive challenge for the tyres, which have to guarantee strength, driving precision, and reliability. Our Pirelli Scorpion K6 tyres achieved all those things perfectly, as the results show. And we are very proud of seeing how our philosophy of focusing on young drivers is working so well, with two drivers on the podium with combined age of 36! Solberg also becomes the first driver aged under 18 to win a rally at this level overall: a fantastic achievement.” 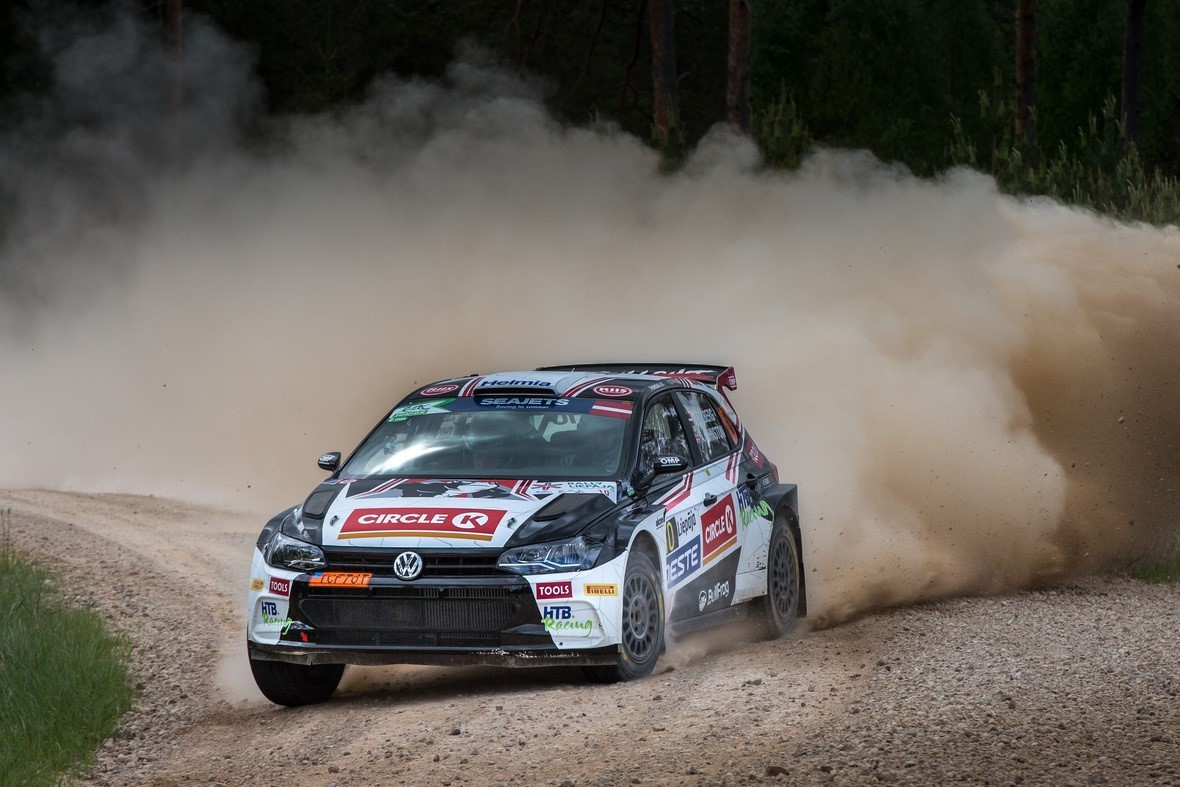 FOR THE FIRST TIME, A DRIVER AGED UNDER 18 WINS A TOP-LEVEL FIA RALLY: SOLBERG WITH PIRELLI
Newsroom