From Phillip Island to the Pirelli Malaysian Round 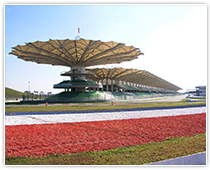 With the Pirelli Malaysian Round, the eni FIM Superbike World Championship arrives at its sixth round, towards the end of the first half of the racing season. Pirelli was Event Main Sponsor for the Malaysian round, during which DIABLO™ Superbike and DIABLO™ Supercorsa rear tyres in SC0 compound guaranteed excellent performance despite track temperatures of around 60°C. The Aprilia riders made the most out of the Pirelli tyres, achieving a historic double for their team and with Marco Melandri putting in his first double victory ever. Under the grey sky of Donington Park, in the fifth Championship round, the Kawasaki riders Tom Sykes and Loriz Baz achieved a double double-victory for the Akashi team, offering a great show to all Superbike's fans. The Pirelli DIABLO™ Superbike SC0 tyres are available to all motorcyclists. In Italy, at the fourth round at Imola, Honda triumphed thanks to the outstanding Superbike double of the British rider Jonathan Rea.  The performance of the soft rear compounds of the DIABLO™ Superbike range were excellent and all Superbike riders chose to run on the SC0 range, while almost all EVO riders decided to use the special compound, specifically designed for their needs.  As regards the front tyre, the new SC1 developed S1699, confirms itself to be the best option for the riders. On the Assen circuit, also thanks to the progress achieved by the new Pirelli DIABLO™ Superbike tyres, Loris Baz secured the superpole, an improvement of 7-tenths quicker than the one obtained by Tom Sykes last year.  Sylvain Guintoli (Aprilia Racing Team) and Jonathen Rea also claimed both first places in different races. On the MotorLand Aragón circuit, during the second round of the eni FIM Superbike World Championship, the DIABLO™ Superbike rear range made its debut, with special solutions dedicated to Superbike riders and EVO riders. In the Superbike, Tom Sykes and Loris Baz obtained a great double in both rounds, finishing first and second respectively. 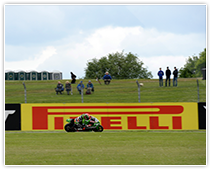 The first round of the eni FIM Superbike World Championship was held at Phillip Island and the Superbike riders Laverty, Guintoli and Melandri obtained the best results, exploiting at the very best the Pirelli DIABLO™ range at their disposal.

From Phillip Island to the Pirelli Malaysian Round
Newsroom