The 2016 season officially started with the first round of “Internazionali d’Italia” hosted in Alghero. The “Lazzaretto” track, overlooking the beautiful sea of north-west of Sardinia, is characterized by a sandy bottom on which Pirelli’s riders have collected the first good results of the season. 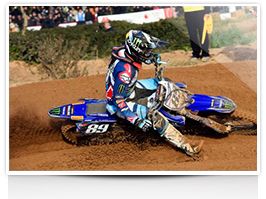 In MX1 class excellent performance for Romain Febvre that has hit the top spot. The MXGP World Champion, which used the Pirelli SCORPION™ MX32™ MID SOFT 80/100-21 front and the SCORPION™ SOFT 410 110/90-19 rear, despite a lackluster start the French rider has scored a great comeback and won the race with a great gap. Second place for teammate Jeremy Van Horebeek, that has chosen the SCORPION™ SOFT 410 120/80-19 rear. Fourth place overall for Max Nagl. Bad luck for the reigning MX2Champion Tim Gajser that in his debut on the MX1 was forced to retire in the final laps as he was battling for the podium. Antonio Cairoli could not take part in the race due to an injury that he suffered ten days before the race.

Jeffrey Herlings has dominated the MX2 class in his cameback after the bad injury he suffered in 2015. The Dutchman, who in this occasion has used SCORPION™ MX32™ MID SOFT 80/100-21 front and the SCORPION™ SOFT 410 110 / 90-19 at the rear, has controlled the race from the start and with a minute and twenty seconds on the finish line on the others. Good third place for Max Anstie who managed to move up the standings after a crash at the start. 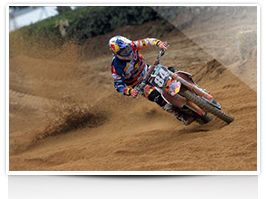