*Two hour-long races at Magny-Cours this weekend: one at night and one in the day

Milan, May 5, 2021 – Following an action-packed Endurance Cup season opener at Monza last month, the Pirelli-equipped GT World Challenge Europe Sprint Cup gets underway at Magny-Cours this weekend, with a field of 27 cars taking part in a pair of one-hour races at the French circuit.

Porsche came out on top in the first Endurance round of the year in Italy, but the Sprint Cup is renowned for delivering unpredictable results thanks to its shorter format, while the tight and twisty confines of the Magny-Cours track are sure to punish the slightest mistake over the course of the weekend.

There are a number of challenges for exclusive tyre supplier Pirelli as well, with long radius corners, heavy braking and quick direction changes all a feature of Magny-Cours.

After making its debut last year, the Pirelli P Zero DHE will again be the tyre supplied to GT3 competitors in the GT World Challenge Europe in 2021. The DHE is an evolution of the DHD2, with modifications to ensure it is even more versatile for the wide variety of GT3 cars and drivers using it in competition.

The Cinturato WH tyre remains the wet weather compound. All the tyres have been designed to work with a variety of car set-ups and drivers, delivering maximum performance all of the time throughout a wide range of conditions.

“Magny-Cours is set to provide a very different type of challenge to Monza. The cooler track conditions in the night race will be kinder to the tyres and allow drivers to push hard, while they will have to manage things a bit more carefully in the warmer conditions for Race 2. The surface at Magny-Cours is very smooth, so tyre degradation is not expected to be as high as at other venues on the GT World Challenge Europe calendar. All in all, this weekend presents a very varied challenge for the competitors, with the sprint race format encouraging them to drive the limit.”

Eight brands and 16 teams with everything to play for

Leading the entry for this weekend are reigning Sprint Cup champions Team WRT, with Dries Vanthoor and Charles Weerts continuing their partnership with Audi for another year. One of the main challengers for the title will be TokSport’s experienced Mercedes line-up of Maro Engel and Luca Stolz, who took a win at Magny-Cours last season.

Twice a winner in 2020, Lamborghini’s title charge will come in the form of Emil Frey Racing’s Albert Costa and Norbert Siedler, with Siedler moving across from the #14 car to join his Spanish team-mate. Last year’s overall champion Timur Boguslavskiy resumes his collaboration with Raffaele Marciello in the AKKA ASP Mercedes.

Other races this weekend include French GT, French Tourisme, and Formula 4: also supplied by Pirelli.

Driving at night is a key part of endurance racing – and it’s become a tradition at the Sprint Cup races held in France. However, the 4.4-kilometre Magny-Cours track is not fully illuminated as seen at Formula 1 night racing venues, for example. Instead, the drivers just have to rely on their cars’ headlights for a lot of the time. In the past, it’s also been absolutely important to stick to the right line on this circuit, in order to avoid getting onto the dirty part of the track and losing speed.

The first race takes place under lights on Saturday May 8 at 21:55 (local time) for 60 minutes, after free practice and qualifying on Saturday afternoon. The second race takes place on Sunday afternoon at 14:40 for 60 minutes, after qualifying on Sunday morning. At Sprint Cup races there are no mandatory driver changes: each driver will drive in the race that they qualified the car for. 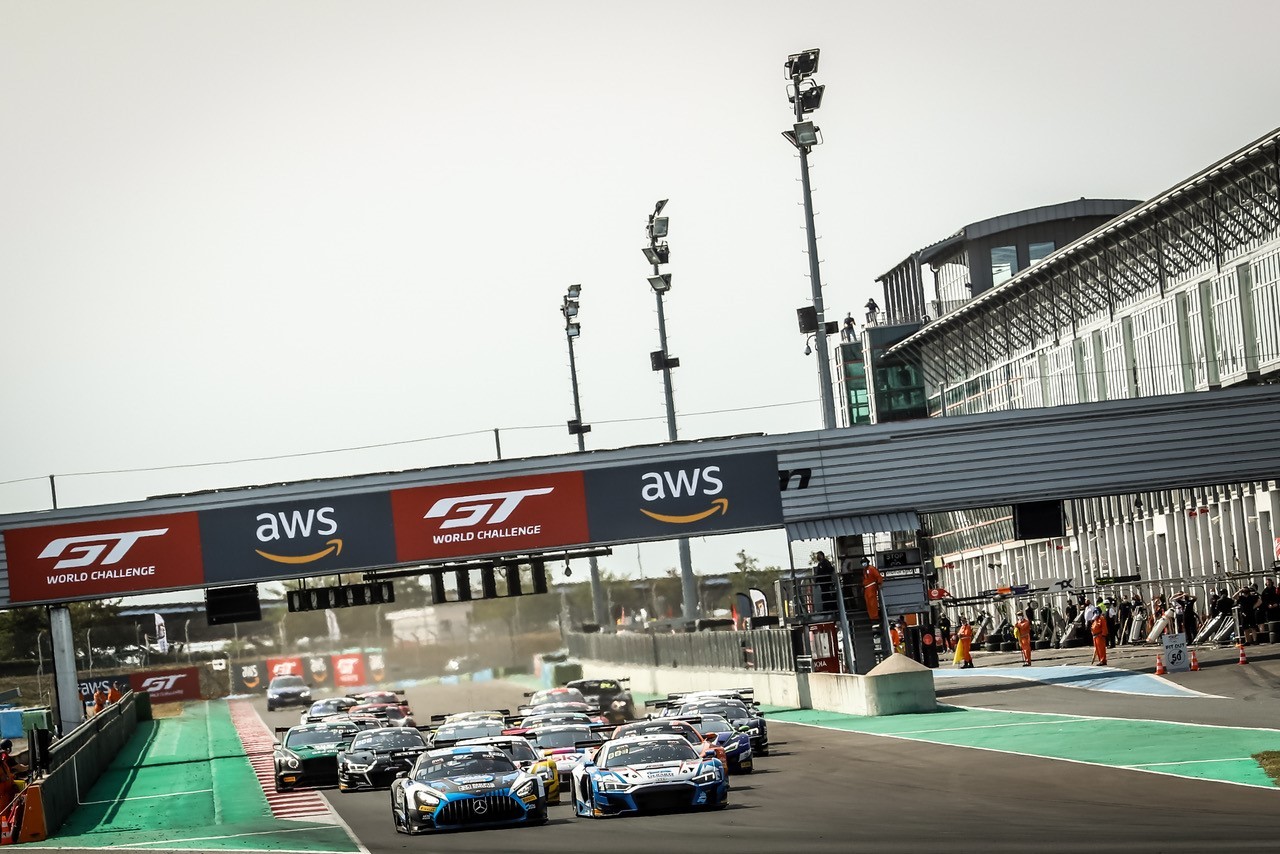