Reigning champion confirms its credentials by winning the opening round of the season; Cairoli third in MXGP The FIM Motocross World Championship started with Pirelli SCORPION MX™ tyres leading the MX2 class, along with the reigning champion Jeffrey Herlings who was awarded the Grand Prix of Qatar. Racing with the KTM equipped with SCORPION MX™ MidSoft 32 front and rear, chosen also by the other Pirelli riders, the Dutchman lost the first moto due to a bad start that forced him to climb from the sidelines until the second place just behind another Pirelli rider, Dylan Ferrandis. But in second moto he achieved the highest step of the podium ahead of the amazing Frenchman of CLS Kawasaki team. Also in evidence the Swiss team-mate Arnaud Tonus, who finished fourth overall . The newly formed MXGP class, previously named MX1, disregarded the expectations due to Antonio Cairoli’s injury to the left ankle, which occurred two weeks ago during the last stage of the Internationals of Italy. Cairoli was in fact forced to settle for third place. Giving him the preference to the SCORPION MX™ MidSoft 32 front and rear, ideal for the soft and brittle soil of the Losail circuit, in the first moto the seven-time World Champion beat again the ankle joint but nevertheless finished the race really close to the winner. In the second moto he bit the bullet finishing the race third after overtaking a couple of opponents. Good performance of the Belgian Jeremy Van Horebeek, who finished fifth overall at his debut with Yamaha. The next round will take place on March 9 in Si Racha (Thailand). 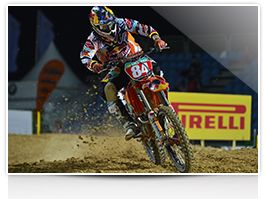 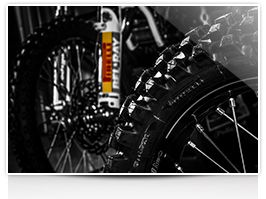