Estonian Tanel Leok on his Suzuki RM-Z450 from the Rockstar Energy Suzuki team, both equipped with Pirelli Scorpion MX Soft 410 tyres, give the Italian brand their umpteenth success in an exciting race this year on sand and snow During this past weekend Pirelli added another trophy to its already rich collection: Frenchman Jean-Claude Moussè from team Yamaha Racing France won the 2012 edition of the legendary Enduropale du Touquet astride his Yamaha YZ450F with Estonian Tanel Leok from team Rockstar Energy Suzuki coming in behind him on his RM-Z450. Both the bikes were equipped with Pirelli Scorpion MX Soft 410 tyres. For Pirelli this is not only a brilliant double win in an extremely exciting race where hundreds of riders participate, but it is also the ninth consecutive victory which confirms the success of the Italian tyre manufacturer and the range of Pirelli Scorpion tyres in competitions, like this one, on sand. 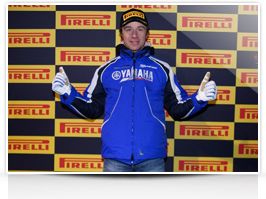 Created in 1975 under the name “Enduro des Sables” by Frenchman Thierry Sabine, the inventor of the legendary Paris-Dakar race, over the years the Enduropale du Touquet has also become a legendary race where a thousand riders participate and more than 200,000 spectators follow. This year the race was characterised by a 17.8 km route and the riders, besides having to deal with the treacherous sand, also had to reckon with the snow which covered the beaches of Touquet, Stella and Merlomont over which the track unravelled. French rider Jean-Claude Moussè finished the race in 3h11’46.105 taking the top step on the podium for the third time at 41 years of age, while World Motocross Championship rider Tanel Leok finished second at a distance of 1’23.562, ensuring the Scorpion MX Soft 410 tyres a brilliant one-two finish. 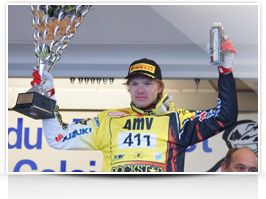 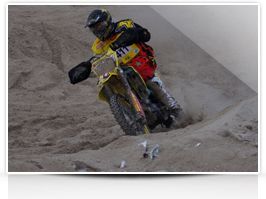 The Pirelli Scorpion MX Soft 410 tyres are part of the Scorpion MX range, capable of guaranteeing the best possible performance on soft terrain such as sand and mud. Effective in all conditions: competition, training or fun, these tyres provide excellent traction and optimum self cleaning properties, allowing the rider to push to the limit right from the start of the race. They also have a specific carcass which is able to maintain efficient performance and reliability on soft terrain during the entire race and the rear tyre knobs have a blade layout for maximum traction even on mud and sand. The design and compound were developed with the contribution of the most prestigious competitors in MX competition.