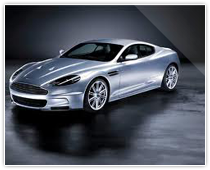 Pirelli’s close links with top car makers have contributed to the development of products increasingly in step with the need for a safe ride that still delivers high performance. 2011 was an extremely fruitful year as far as technological partnerships are concerned, this being witnessed by the high number of type approvals achieved: More than 20 for top performance Pirelli tyres to be fitted to the most sought-after vehicles on the market. More specifically, the series that have obtained new approvals are the Cinturato P7TM, Sottozero Serie II TM, P Zero TM and Scorpion Verde TM for coupés, sports saloons and SUVs manufactured by Audi, Aston Martin, Bentley, BMW, Ferrari, Lamborghini, Land Rover, McLaren, Mercedes, Porsche. 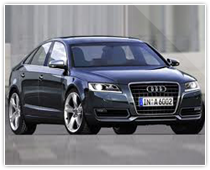 The P Zero TM confirms itself as a benchmark for the UHP market. So much so that during 2011 it obtained approval for new facelifted Audi A7, A6 and A5 with racing fitments (18”-20”), as well as the new BMW 1 Series, 3 Series and 5 Series. We can also add the Aston Martin Virage, Ferrari FF and 458 Spider, Lamborghini Aventador, McLaren MP4-12C and Porsche 911 (991). On the other hand, the Sottozero Serie II TM encompasses the state of the art in winter tyres, guaranteeing safety when braking even under the harshest conditions. Examples of approvals obtained in 2011 include the new Audi A6 Allroad, BMW 1 Series and Porsche 911 (991). Cinturato P7TM, the expression of Pirelli’s “Green Performance” philosophy, is a perfect blend of performance, safety and driving enjoyment, confirming the ever increasing number of approvals for the OEM Premium market. Last year it was chosen by BMW for the new 1, 3 and 5 Series. The Cinturato P7TM All Season version has received approval for Audi A4 Allroad and A6. Finally, Scorpion VerdeTM and Scorpion Verde All SeasonTM, the tyres with a green heart for SUVs and crossovers, have received approval for Audi Q3, Land Rover Evoque and VW Touareg.