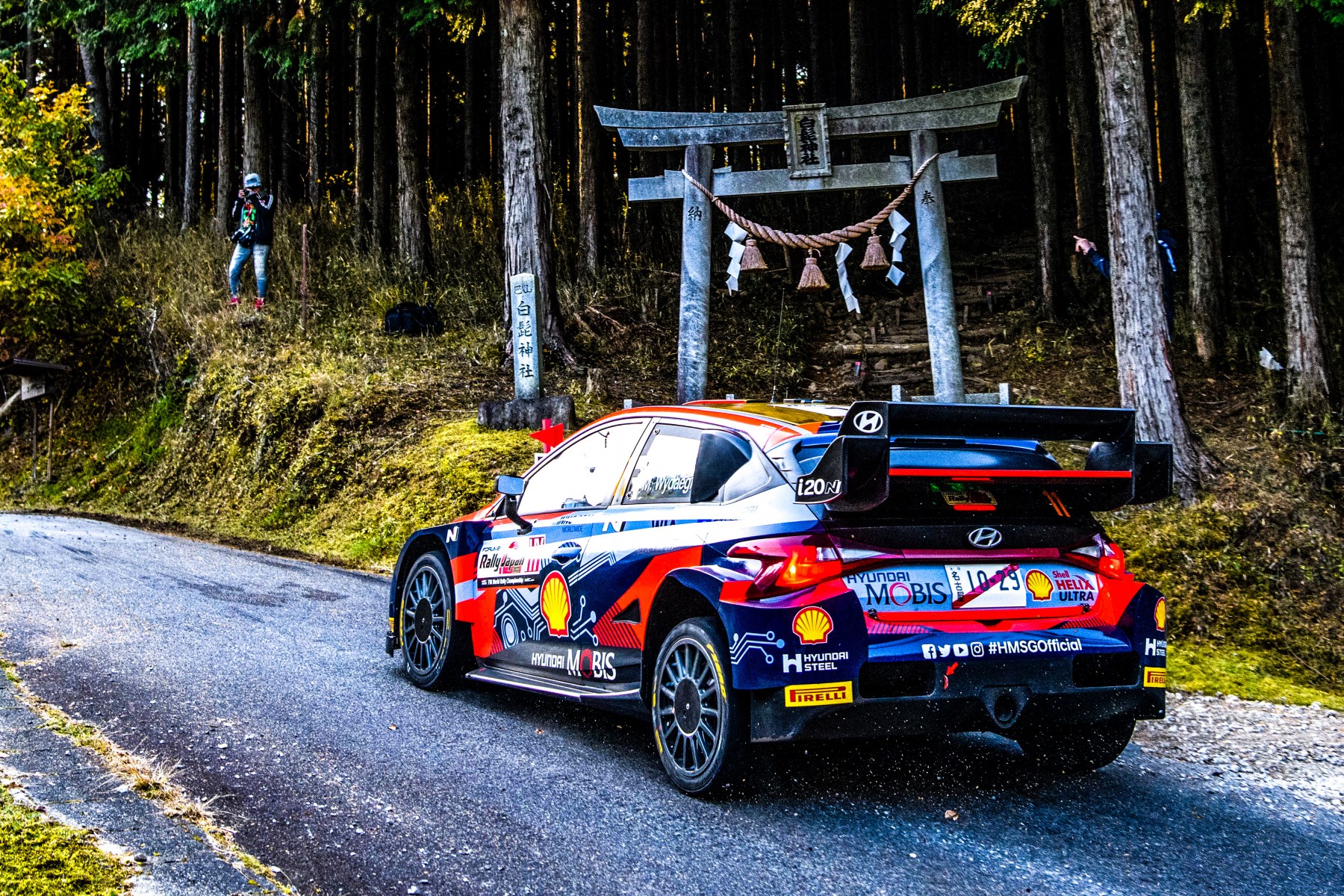 After a troubled opening Friday, the second day of the Rally Japan unfolded as expected and without any major incidents other than the cancellation of SS13, Okazaki1. What characterized Saturday's two sections was the good weather and tracks with wider roads than on the day before, with dirt asphalt sections reducing grip and consequently tyre wear.

As on the first day of the race, the hard compound P Zero tyres were the preferred choice of the WRC1 crews who opted for the same strategy both in the morning and in the afternoon, namely five hard tyres. The only exception was Thierry Neuville on a Hyundai, who went out in the second half of the day on four hard and one soft, which he fitted in the last mixed asphalt and gravel special stage, in which he came out on top, consolidating his lead in the provisional standings. More varied was the strategy in WRC2 in which Emil Lindholm in a Skoda Fabia firmly took the lead in the standings, strongly mortgaging his victory in the season title.

Average speeds were generally lower than on Friday, except for the 7.08-kilometre SS10 Shinshiro, which was won by Ott Tanak in a Hyundai at an average speed of 120.5km/h.

PIRELLI QUOTE
Terenzio Testoni, rally activity manager: "Again today the hard tyres were the only possible choice, considering that we had dry conditions and unusually high temperatures for Japan in the autumn. The choice of a single spare even in the afternoon, when the risk of a puncture was high due to the roads becoming much dirtier than in the morning, means two things: that the drivers have maximum confidence in the robustness and impact resistance of the tyres and that they preferred speed to the certainty of reaching the end of the section. Rain is expected tomorrow, although it is uncertain when it will fall and especially how much of it will fall. Theoretically, the drivers can tackle tomorrow's special stages on soft tyres only, unless there is standing water, for which the best choice is mixed dry and wet tyres together”.

Below is an overview of the final day of Rally Japan