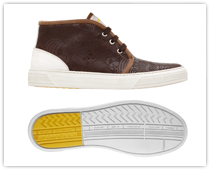 American actor and director John Malkovich is the designer of the first men’s capsule collection for PZero™. Malkovich has created a version of his original “Technobohemian” line with different pairs of shoes featuring the prefix “Boho” (which is short for Bohemian) and, in this new collection, embracing the technological elements that reflect PZero™ tradition. The line will be sold exclusively at Pirelli’s first flagship store in Corso Venezia, Milan. 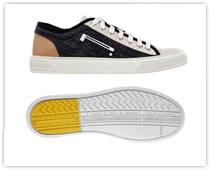 This joint project between PZero™ and Malkovich marks a renewal of the partnership between the Italian group and the American artist. In 2005, the actor-designer starred with Naomi Campbell in the first Pirelli short film, THE CALL, directed by Antoine Fuqua.