Milan, September 28, 2020 – Pirelli’s latest-generation rally tyres, which will star on the FIA World Rally Championship from next year, are set for a unique debut on the Rally Italia Sardegna from October 8-11.

The new Scorpion KX WRC tyre will be driven in public for the first time at the shakedown of the world championship event on Thursday October 8, on the Pirelli-liveried Citroen C3 WRC piloted by Andreas Mikkelsen: Pirelli’s development driver. The Norwegian will be giving passenger rides to selected journalists to demonstrate the capabilities of the new tyre on rough gravel over the 3.79-kilometre Olmedo stage.

Three days later, the Pirelli Scorpion KX will receive its ‘competition’ debut in the hands of a World Rally Champion. Petter Solberg, who won the 2003 world title with Pirelli and finished first on the Rally Italia Sardegna in 2004, will drive the rally-ending Wolf Power Stage: Sassari-Argentiera, which covers 6.89 kilometres and begins at 12:18 on Sunday October 11. Solberg will be co-driven by Mikkelsen in the Pirelli Citroen, having last driven a Citroen DS3 WRC during the 2011 WRC season. The duo will be first into the stage, showcasing the new Pirelli tyre before the competitive action begins.

Pirelli’s rally activity manager Terenzio Testoni commented: “Obviously this isn’t a serious competition debut: we just wanted to take the chance to show the new Pirelli Scorpion KX tyre at our home event to media and fans. It’s great to see Petter back with us for the Power Stage – but maybe less fun for Andreas in the co-driver’s seat!” 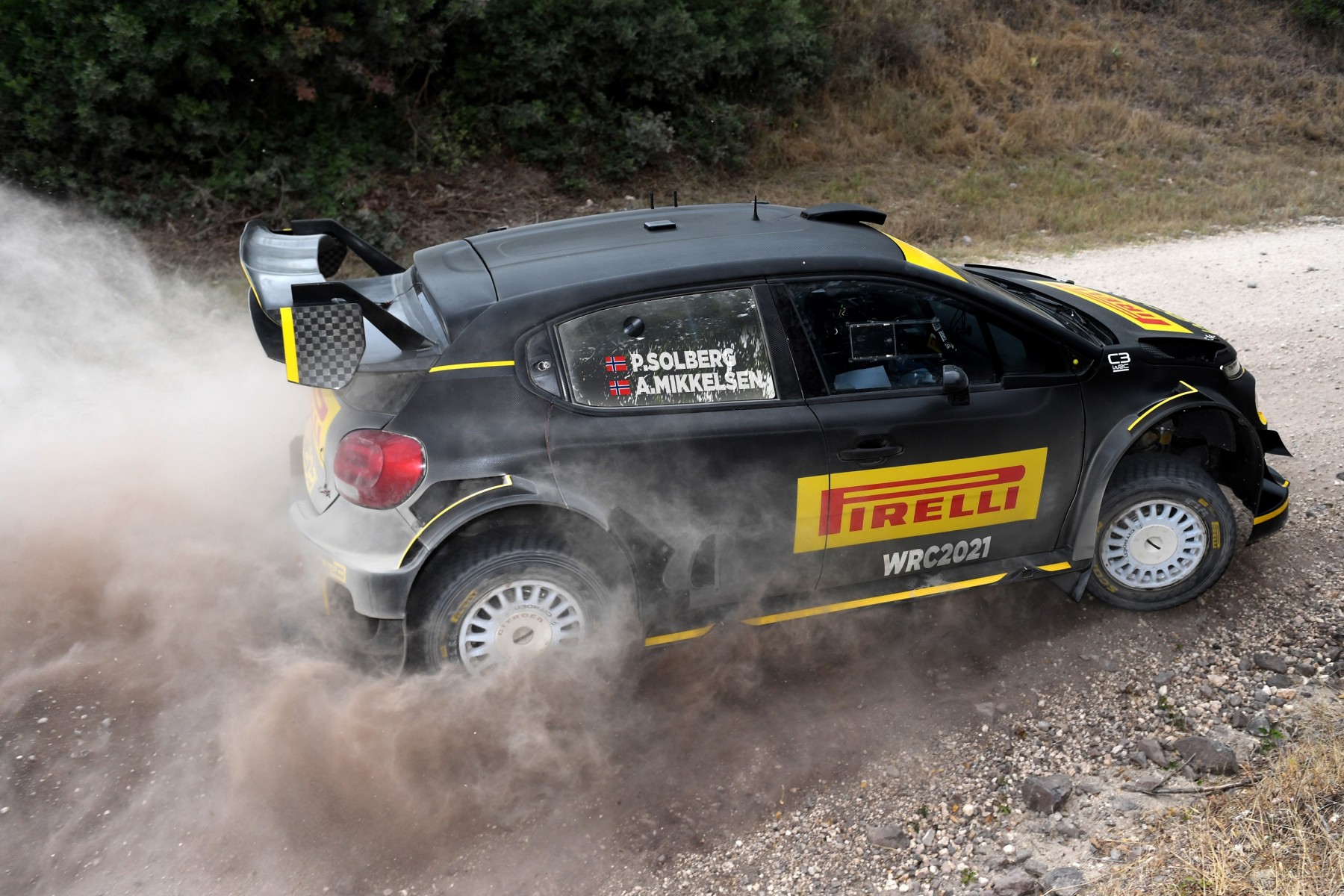