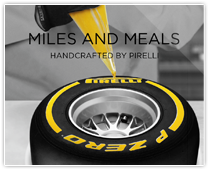 Pirelli was in Monte Carlo to present "Miles and Meals – Handcrafted by Pirelli", a motorsports-themed recipe book that reveals culinary and other secrets of the Pirelli motorhome. The event in the Principality of Monaco witnessed celebrity chefs Jenson Button and Romain Grosjean going head to head in a live culinary race in the Pirelli hospitality kitchen. In the book, the recipe ingredients are turned into tyres, racing cars and mechanics that take to the track to “run” their Grand Prix race. The aim is to look at the world of tyres from a different angle that is also capable of bringing out the less technological aspects of a tyre. 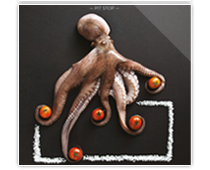 "Miles and Meals" brings together the recipes of Pirelli’s head chef Fabrizio Tanfani, overseen by hospitality manager Christian Staurenghi, and takes in some of the best dishes to emerge from the Pirelli hospitality motorhome, GP after GP. Each recipe is accompanied by anecdotes that tell the story of every circuit from the point of view of both the tyres and the kitchen.