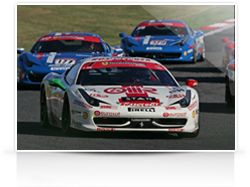 Ferrari Challenge Trofeo Pirelli The Ferrari Challenge, which Pirelli has supported as the sole tyre supplier since 1993, has savoured a thrilling season, characterised by three significant developments: the creation of the Asia Pacific series, the new Ferrari 458 Challenge car competing alongside the established F430 Challenge model, plus the debut of the latest evolution Pirelli P Zero racing tyre specifically developed for the new Ferrari. The new tyre provided increased performance and advanced technical features in line with the requirements of the new car. During the course of the season Pirelli supplied 6000 tyres to the 458 and F430 Challenge cars involved in the Ferrari Challenge European, Italian, North American and Asia Pacific Series. Two sets of slick tyres and one set of wet weather tyres were made available to each car at each event. 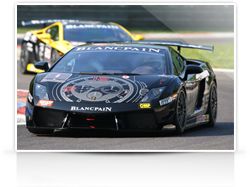 Lamborghini Blancpain Super Trofeo Pirelli has been the sole supplier to the Lamborghini Blancpain Super Trofeo since it began in 2009 and equipped an average of 14 drivers per event with its P Zero racing tyres specifically designed for the Lamborghini Gallardo LP 570-4 car. The new slick tyre, which was used for the first time at the Silverstone round, received very positive feedback and demonstrated significant performance levels on both dry and wet surfaces thanks to an enhanced tread design. At all six rounds of the series, each competitor had at their disposal three sets of Pirelli P Zero slick tyres with wet tyres available as required. Additional sets were supplied for tests, result in a total of 1000 tyres being supplied during the course of 2011. 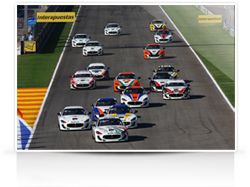 Trofeo Maserati GranTurismo MC For this year Pirelli has also provided its tyres to the second edition of the Trofeo Maserati Gran Turismo MC on an exclusive basis. The P Zero racing tyres designed for the new Trofeo version of the GranTurismo MC supercar exceeded the requirements of this highly competitive single-make championship, through the provision of a reliable and extremely competitive package with a tread pattern, compound specification and structure perfectly aligned to the car’s dynamics. The 2011 season consisted of eight race weekends. Pirelli supplied three sets of slick tyres and wets when needed for an average of 18 competitors per event, a total of 1500 tyres during the season. *** For further information please contact Laura Bartoli on +44 7500 877 304 or laura@mediatica.co.uk