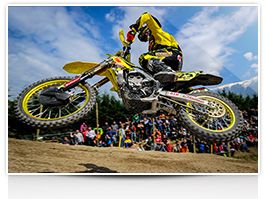 In the fourth round of the MXGP series Pirelli claims the podium in all three MXGP, MX2 & EMX125 classes Yesterday was a triumphant day in Italy for Pirelli SCORPION™ MX in the fourth round of the FIM Motocross World Championship. The 120/90-19 tread was selected by virtually every Pirelli representative as the riders used the larger contact patch in the optimum search for grip and acceleration on the slick hard-pack. The SCORPION™ MX MidSoft 32F front and MidSoft 32 rear were the tyres of choice in the MXGP class where works Suzuki rider Clement Desalle celebrated his first victory of the season and rose to second place in the standings, 17 points behind leader Antonio Cairoli. The Sicilian KTM star tangled with another rider at the start of the first moto and had to come through the pack from last place. Some mistakes and two crashes in the second moto meant he was only fifth overall at his home GP. On the second step of the podium was revelation of the season, Jeremy Van Horebeek, who consolidated third place in the championship on the works Yamaha. He classified ahead of Desalle’s Suzuki team-mate Kevin Strijbos. 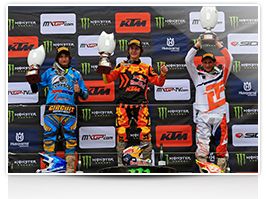 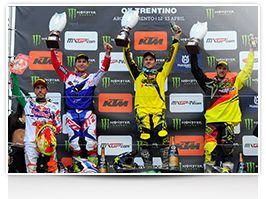 In MX2 Jeffrey Herlings made an emphatic return to action after missing the Brazilian Grand Prix two weeks ago due to injury. The Dutchman beat Arnaud Tonus, who was joined in the top three by Suzuki’s Glenn Coldenhoff; the latter winning the second moto and retaining a strong second position in the MX2 standings. Pirelli SCORPION™ MX was predominant in the first round of the European EMX125 series where Dutch factory-supported KTM youngster Davy Pootjes defeated Italian Michele Baraiolo and Joakin Furbetta. The fifth round of the FIM Motocross World Championship will take place next weekend on April 20th in Bulgaria. 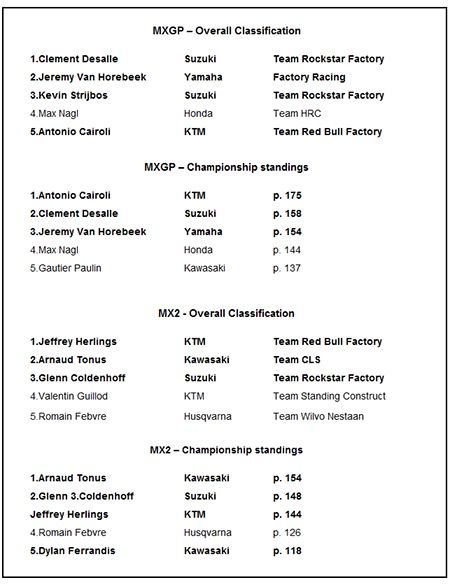