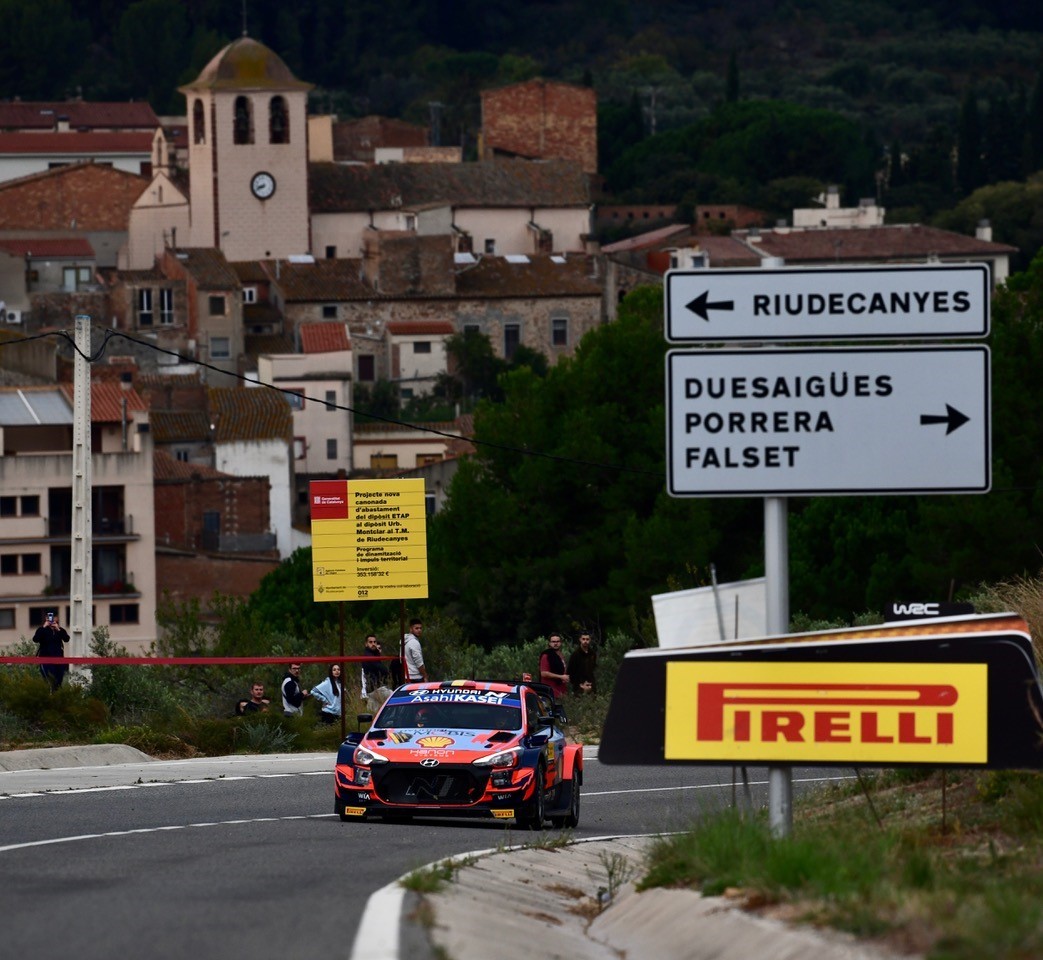 Salou, October 17, 2021 - Belgian Hyundai driver Thierry Neuville dominated the Rally of Spain from start to finish on Pirelli’s new hard compound asphalt tyres. The new P Zero RA WRCH A was the only tyre chosen by the teams from start to finish throughout all 17 stages. The new compound showed itself to be reliable in the dry as well as in the wet, and on fast stages as well as in slow and twisty tests, resisting dirt on all sorts of different roads and surfaces, not to mention the numerous corner cuts. The strength of the new hard tyre was confirmed by the intense battle for the podium between Hyundai’s Dani Sordo and Toyota’s Sebastian Ogier, who had to extract the most from their tyres right up to the final kilometre in their tight battle.

Like the Rally of Finland, the event in Spain was a single tyre race, with only one choice by the teams, the hard compound, for all the special stages. The drivers showed that they immediately knew how to get the most out of the new P Zero RA WRCH A, exploiting its characteristics of greater strength in the sidewall with the same performance and driveability. In addition to Neuville, teammate Dani Sordo and the two Toyota drivers Elfyn Evans and champion Sebastian Ogier also immediately became familiar with the new Pirelli tyre which proved versatile and ensured reliability in the many challenges of the winding Catalan roads.

While Neuville dominated, the battle for the podium was tightened when Sordo took advantage of the short test on Saturday evening in the centre of Salou to bring himself to within 1.2 seconds of the Frenchman from 6.9 seconds previously.

“The debut of the P Zero RA WRCH A went according to our forecasts and considering the variability of the race conditions I can be really satisfied because the new tyre has shown its versatility. We expected better conditions and instead we were surprised to find wet and slippery road surfaces which made the test harder but also more meaningful. The hard compound, in fact, has demonstrated reliability and performance on wet as well as on dry, dirty and abrasive surfaces, typical of this race, with high levels of wear throughout the day. In all situations, the evolution of hard rubber has ensured reliability, performance and sturdiness, particularly put to the test by the Saturday specials characterised by numerous and long cuts. Congratulations to Neuville for the victory and to all the top four in the standings for having created a tight race. Double congratulations to Sami Pajari who at 19 is the youngest champion of the Junior WRC, a championship that we support with passion and enthusiasm, like all initiatives dedicated to newcomers.”

Poor grip and slipperiness of the roads were the biggest pitfalls for the drivers, especially in the morning tests which presented mixed dry and wet conditions. However, the consequent understeer detected on Friday became more and more contained, albeit persistent, thanks to the speed of adaptation of the teams to unexpected conditions and the versatility of the tyres.

If for the lead of the race, Neuville never gave the impression of being able to lose the leadership after conquering it immediately on Friday, the battle for the podium was tightened with Sordo who took advantage of the short test show on Saturday evening in the center of Salou. stalled by Ogier's engine to bring himself to -1.2 seconds from the Frenchman from -6.9 in the previous test, and then decidedly take the lead in the

Of note is the excellent debut on asphalt of Oliver Solberg, seventh overall, in the Hyundai i20 Coupe WRC. In WRC2 Eric Camilli won in the Citroën C3 Rally2 of the Sports & You team, but the title went to Andreas Mikkelsen, even though he did not take part in the Catalan race. In WRC3 victory went to the Finnish crew Emil Lindholm-Reeta Hämäläinen in the Škoda Fabia Rally2 evo.

In the Junior WRC the Finn Sami Pajari dominated and also became the category champion, ahead of the Briton Jon Armstrong and the Estonian Martins Sesks. Nineteen-year-old Pajari, who is the youngest driver to win the JWRC and the first Finn, was thus awarded the prize of an M-Sport Fiesta Rally2 and a supply of 200 Pirelli tyres.