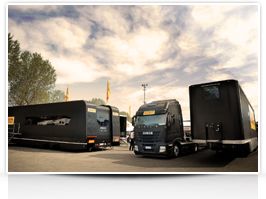 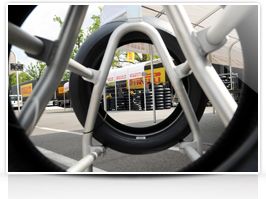 The day's programme has the riders try the 16.5” tyres for a few laps, the same tyre that they have available during the racing weekend, before moving on to the 17" tyres of which Pirelli will take 4 front-wheel and 4 rear-wheel solutions. However, precisely not to falsify the test results and to prevent the riders from focusing on the difference between the two sizes, both the 16.5” tyres and the 17” solutions will have the same compound, SC1. In this way, given the same compound, the riders will be able to correctly assess the differences between the tyres they are currently using in races and those that they will use from the next season. The radical decision to move to 17-inch tyres was promoted and strongly desired by Pirelli and immediately accepted enthusiastically both by Infront and by the Fédération Internationale de Motocyclisme (the International Motorcycling Federation). Pirelli has already proposed solutions that have since been widely appreciated not only in the racing field but also in normal production and above all in the last three years has very much accelerated development to respond to the technical needs of users and of the new increasingly powerful bikes. In 1999, for example, Pirelli was the first tyre manufacturer to introduce the 190/55 - R17 size in competitions and for about 5 years this size was adopted also in normal production for mounting on very powerful superbikes, in 2010 a new high-modulus carcass (a Pirelli Patent) was introduced and the compounds were improved and in 2011 the new 200/60 - R17 size was introduced. 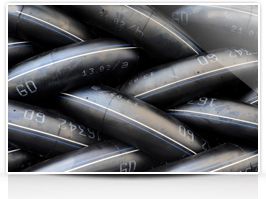 Today, in various national championships (French, German, Australian, Canadian, etc.) 17” tyres are already used for reasons of savings linked above all to the use of normal production wheels and Pirelli believes that this is the right moment to introduce it to the Superbike field because the motorcycle manufacturers and the market are ready for the change, some superbikes on sale already use larger tyres and the market is ready to use high-performing 17” tyres. The 16.5" tyres, currently used in the World Superbike Championship and also in endurance, BSB and CIV, were the reference size up until now. In fact, until 2004, the World Superbike Championship did not have a sole tyre supplier and Pirelli adapted to the sizes which the other suppliers provided. Now, to remain faithful both to the basic Superbike philosophy which envisages that whatever is proposed for racing can also be sold on the market, and to its own philosophy, that is to bring sporting competitions and solutions developed in the racing field closer to the daily lives of all motorcyclists, Pirelli has decided to replace the current 16.5” tyres with the 17” tyres which have already won many national Superbike Championships. Thanks to this decision, even more than before, Pirelli will be able to make available to every motorcyclist, road products with technology and development closely derived from the most important World Championship for production bikes, where Pirelli is the sole supplier. The World Superbike Championship will be a precious training and testing ground which will allow Pirelli to study and better develop 17" tyres which are more and more in demand, thereby remaining faithful to its motto “We sell what we race, we race what we sell”and continuing to provide bikers with extremely high quality products, developed and fine-tuned with the assistance of the great Superbike champions.