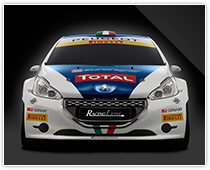 The Italian Rally Championship kicked off with the 37th Rally Il Ciocco, where the Pirelli-shod Peugeot 208 T16 made its international debut, winning third place.  Behind the wheel of the new car was the six-time (five of which on Pirelli tyres) Italian champion Paolo Andreucci together with Anna Andreussi.  Pirelli achieved excellent results in the Peugeot Rally Junior Team as well, with Alessandro Albertini and Silvia Mazzetti on the 208 R2 on their debut in the Italian Junior Championship winning second place. Pirelli brought to the Rally Il Ciocco the latest RX7 tyres, particularly effective on slippery asphalt. The latest development of this tyre is the new RX7B, designed to offer better grip and road-holding in slippery conditions which are typical of the Rally il Ciocco. For damp conditions, the softer RX9 tyre was available, with a softer compound suited to lower temperatures, while the new soft-compound RE7A could be used in rainy conditions. The RE74 has in fact a unique tread pattern designed to drain water, thus preventing aquaplaning and ensuring road-holding. Other drivers on Pirelli tyres were Andrea Perico, who finished third overall in the championship last year and was runner-up on the 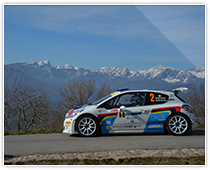 Rally il Ciocco in a Peugeot 207 S2000, and Andrea Nucita, Pirelli’s Junior rally champion who this year drives a Pirelli-shod Peugeot 207 S2000. Having dominated all the classes in 2013, Pirelli once again equips all the Renault Clio R3s in the Production Championship and the Twingo R2s in the Junior class.