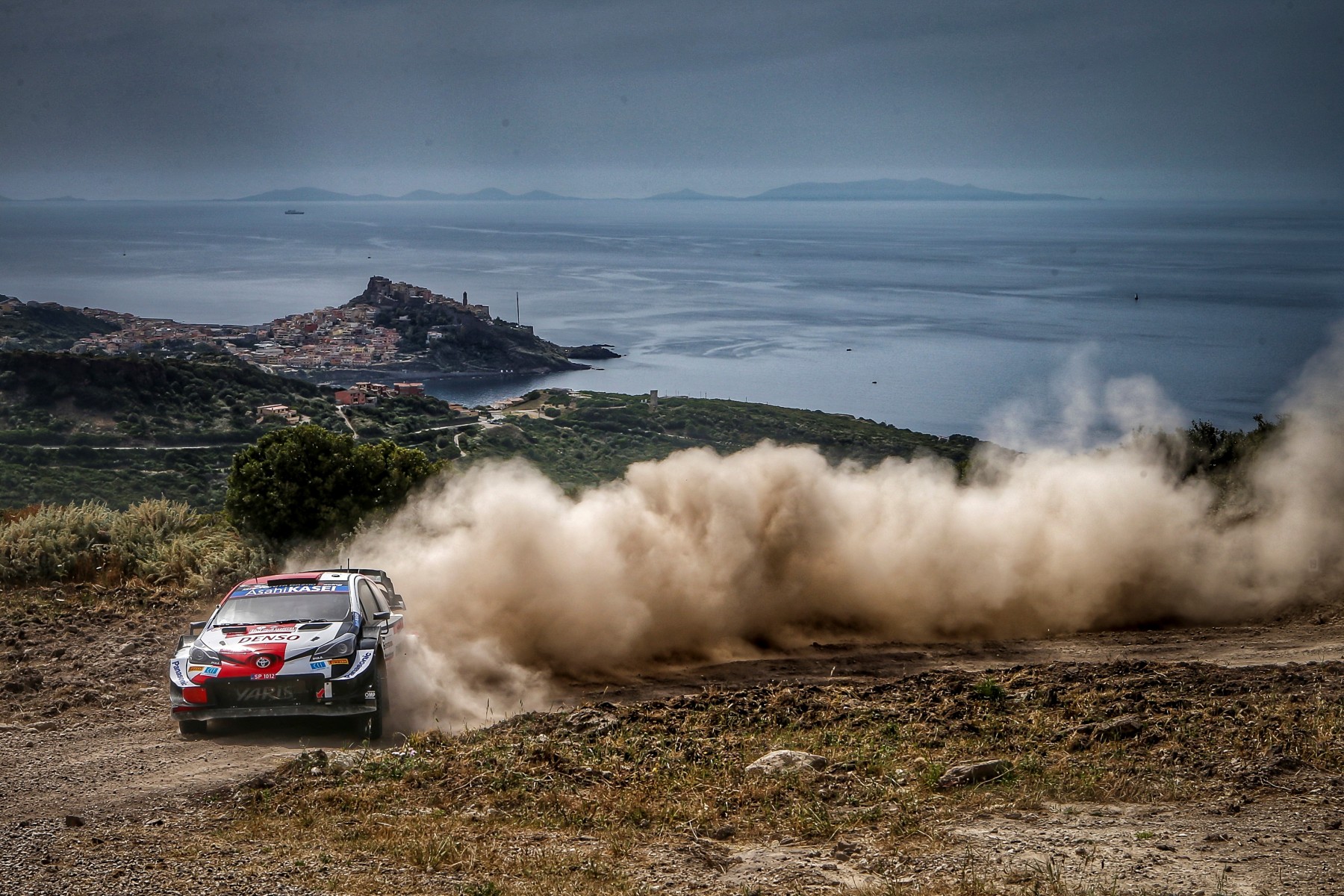 Milan, June 6, 2021 – Sardinia has a reputation for rough and rocky roads that make it a survival of the fittest, and this year’s event was particularly punishing thanks to sharp rocks and extreme heat. Several top drivers hit problems, either making mistakes or suffering from mechanical issues. Seven-time champion Sebastien Ogier used all his experience to claim his third win of the season, moving into the rally lead on Saturday to extend his championship advantage.

Once again, the soft compound Pirelli Scorpion KX was the tyre that offered the most performance in Sardinia. However, that extra speed had to be balanced against the reduced life of the softer compound. With the rules only allowing a much smaller soft allocation compared to the hard

(eight tyres as opposed to 24) looking after these tyres and making the most of them was paramount to strategy. In particular, the drivers focussed on the soft compound during the challenging final day with no service halt, which included all-new stages and the points-paying Power Stage.

“On the whole we’re very satisfied with the rally here, bearing in mind that the conditions seen in Sardinia this weekend were even rougher, drier, and more extreme than Portugal. We also had higher temperatures of more than 30 degrees centigrade and several repeated stages, which made the roads incredibly rough and pulled out several stones. Often the drivers had to tackle these repeated stages on the same tyres, as it wasn’t allowed to change them. We’ve enjoyed a fantastic collaboration with all the teams, who have begun to really understand how our tyres work in greater detail and how to manage them effectively. This has contributed greatly to the increased performance seen here, and we’re confident that this will continue over the rest of the season, even on the very roughest events like we’ve seen here.”

The extreme conditions in Sardinia were as challenging as anybody could remember. These rough surfaces made life particularly tough for the rubber, and while the tyres undoubtedly suffered, they were not the cause of the high attrition rate: with the big rocks more often breaking the suspension and wheels than the actual tyre, underlining the integrity of Pirelli’s WRC product. Nonetheless, a lot was down to luck, and many drivers couldn’t avoid hitting rocks that were right on the racing line, pulled out by the cars in front. Trying to avoid those rocks was the biggest challenge, as well as coping with all the loose gravel on a rocky base, which made several stages particularly slippery and lacking in grip.

Run twice on the final day, this was also the rally-closing Power Stage: including three tricky asphalt sections, with the drivers still on gravel tyres. The first run through the stage early on Sunday morning was used as a dress rehearsal for the actual Power Stage, which carries extra championship points. As a result, the drivers mainly selected the soft tyre on Sunday (with some not using the hard at all) but managed them carefully during the first run in order to minimise wear for a big push when it really mattered.

Finland’s Jari Huttunen won the RC2 category in a Hyundai i20 R5 car by finishing fifth: the highest-ever overall finish for a car in this lower category on a WRC event. He was followed home in sixth by Citroen driver Mads Ostberg at the wheel of a C3 Rally2, with six RC2 cars in the top 10 and four different manufacturers in the top eight overall.