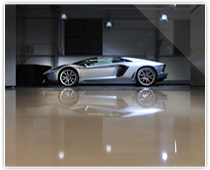 Over the course of 30 years, Pirelli P Zero tyres have been designated as original equipment for more than 1000 premium and prestige cars. In 1986 Pirelli started to design the P Zero concept and from the experience gained through competition, a tyre was born that would equip one of the most extreme cars ever made the following year: the Ferrari F40. Pirelli started a true revolution in the world of tyres with a series of innovations that marked the F40’s P Zero as a true milestone in the history of road car tyres. For the first time, a 17-inch tyre featured on a road car tyre, the shoulder slimmed down to a /35 profile, different sizes were fitted to front and rear, and there was a Z speed rating (for speeds in excess of 240kph). Thanks to its Interactive Development Process, borrowed from Motorsport, Pirelli can structure a tyre to fit any custom requirements, so that any client can be directly involved in designing their very own P Zero. Pirelli’s willingness to embrace its clients’ needs sparked many positive collaborations over the years, leading to the production of custom tyres for prestigious cars such as the Lamborghini Centenario, LaFerrari (Ferrari’s latest hypercar, of which only 499 have been built), McLaren P1 and Pagani Huayra, which uses three different types of P Zero, Traditional, Corsa and Trofeo. P Zero tyres have been evolving to match the performance of the cars they are paired with: from Ferrari F40 to Lamborghini Countach in 1988 and Alfa Romeo Sprint in 1989. Maserati and Pagani soon joined the Pirelli ranks. The first legendary P Zero model has been integrated with new features as the range expanded to include the new System, Corsa and Corsa System, developed in 2010, in collaboration with Lamborghini, for its Gallardo LP 570-4. There have been different variants too: Rosso, Nero, Silver, and finally the new P Zero, released in 2007, which guarantee both high-performance and comfort while driving, thanks to their upgraded tread compound. A grand total of 250 new releases over the last nine years, for a number of very prestigious partnerships, most recently with Porsche 911, Lamborghini Aventador and McLaren MP4-12C. The best of the premium and prestige category has been choosing P Zero since Ferrari F40.