Pirelli and Kawasaki proud of performance at the FIM WSBK 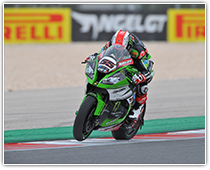 Jonathan Rea and the Kawasaki Racing Team dominated the first half of the eni FIM Superbike World Championship. The Kawasaki rider took home his fourth double, after those already achieved in Thailand, the Netherlands and Italy. He won both Race 1 and 2 on the Portuguese circuit of Portimão, Algarve, during the 7th round of the Championship.  The results yielded by the champion of the Akashi-based manufacturer are impressive: Rea won ten out of fourteen races and finished second in the top category  four times, scoring 330 points overall and leading the championship by 124 points over his nearest opponent, team mate Tom Sykes. Pirelli contributed to Rea’s success this year: during the 4th race of the season in Assen, the SC1 compound rear tyre and the new T1392 development solution allowed the Kawasaki rider to take home the new circuit record - 1'35.899 - despite the reduced horsepower in the top category compared to last year.  At Imola, the Pirelli new soft 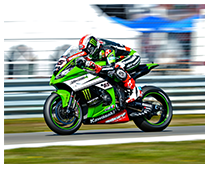 compound rear tyre made its debut and allowed Rea to improve the fastest lap record by over half a second. The previous record dated back to 2013.  On the British circuit, Donington Park, Kawasaki celebrated Tom Sykes’s double and Rea’s second place in the Superbike.  The Pirelli DIABLO™ Superbike rear tyre, in SC0 compound, delivered excellent performance: despite the less than ideal asphalt temperatures, this solution allowed the Kawasaki riders to break all the race lap records.

Pirelli and Kawasaki proud of performance at the FIM WSBK
Newsroom