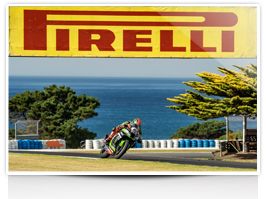 The two days of testing dedicated to the Superbike and Supersport riders at Phillip Island Circuit came to an end today and next weekend, as usual, the Australian track will host the first round of the MOTUL FIM Superbike World Championship. The Superbike riders spent on track a total of eight hours, four hours a day divided into two-hour sessions, while the Supersport protagonists tested for a total of seven hours and twenty minutes, always divided into two sessions a day. At the end of the two days of testing the fastest rider in the Superbike class was Tom Sykes on the Kawasaki ZX-10R of the Kawasaki Racing Team who achieved the best time with 1'31.097, while the fastest in Supersport was the new entry Randy Krummenacher on the Kawasaki ZX-6R of the Kawasaki Puccetti Racing team in 1'33.678. The tests took place in a variety of conditions with hugely different track temperatures, xx degrees on Monday morning to xx degrees on Tuesday afternoon, allowing the riders to test optimally the tyres provided by Pirelli. The race solutions: 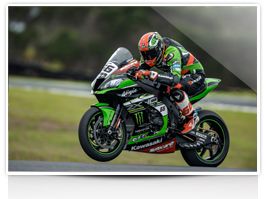 Following the data and information received from the riders, Pirelli has decided to confirm for the race weekend all of the solutions that were used during testing, in addition to other development solutions that Pirelli will provide. Specifically in the Superbike class the riders, on top of the intermediate and rain tyres that are always present in all rounds in the event of adverse weather conditions, will have six slick solutions, two front and four rear. The front options, both also used during testing, are the development SC1 S1699, much appreciated by the riders as well as being the front solution most used in 2015, and the standard SC2, the medium compound option that appeals to many riders who prefer a compact tread strip as well as greater solidity, stability and precision when driving and entering curves. With regards to the rear options, they are all SC1 developments: two were on track during the tests while two are completely new options for the riders. Those used in the tests are the T1105, the reference solution of 2015, and the S1867, the other option used last year. The alternatives not present in the tests are represented by the U0794 and the U1147: the first is a further development of the T1105 compared to which it presents a compound able to ensure greater stability with particularly high temperatures, while the second is still a development of the T1105 but, in this case, more suitable for average temperatures. 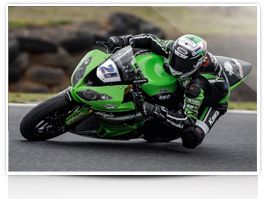 In addition each rider who makes it to the second Superpole session will be able to use one rear qualifier tyre. In Supersport riders can count on two front and three rear solutions. At the front the standard SC1 and SC2 already present in the test will be available, for the rear the options are all in SC1 compounds: in addition to the standard SC1 and the development SC1 U1148 which were already seen in action during the tests, there will be a third option, the U1149, which like the U1148 is in the increased 190/60 size but features a compound able to ensure greater stability in case of particularly high temperatures. More details on the race solutions for Superbike and Supersport classes are available in the sheets attached to this press release. Superbike test overall standings (combined Monday + Tuesday): 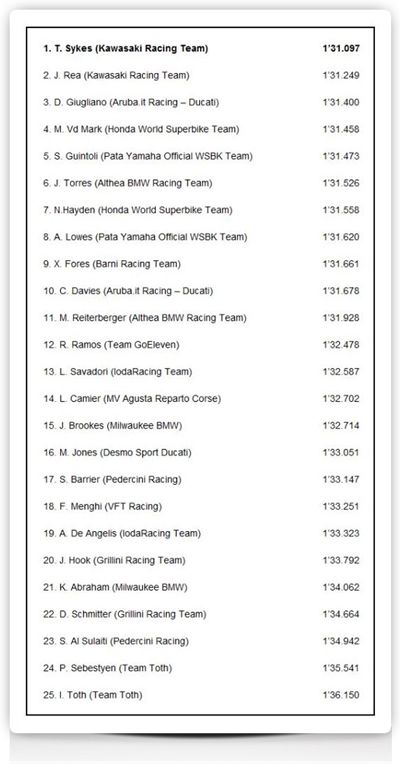 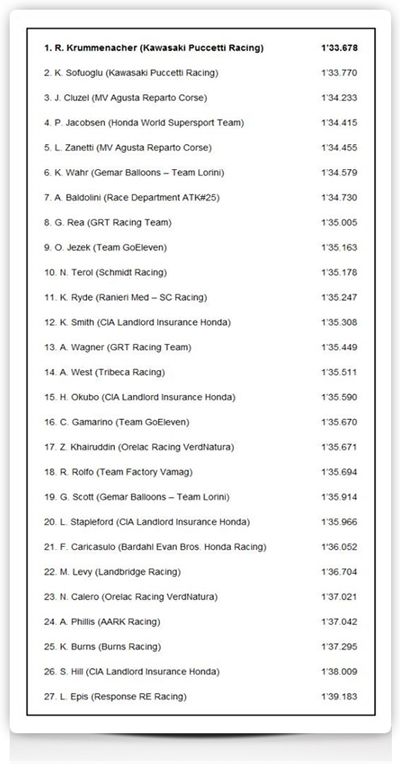