The Italian tyre manufacturer will bring various soft and intermediate solutions to the Enzo and Dino Ferrari International Racetrack which have already been used in races, as well as a few development solutions for the official testing sessions on Monday, the only ones scheduled for 2013 after the ones at Phillip Island in February. First round of the 2013 Cup of Nations, the Pirelli controlled tyre trophy that will also be held at Moscow and the Nürburgring. The Pirelli trucks are already headed for Imola for the seventh round of the eni FIM World Superbike Championship season with a load of 5550 tyres to handle the needs of all the riders participating in the 4 classes of the Championship as well as the European Junior Cup and Cup of Nations riders. About 600 of these tyres will also be used for the official Superbike test sessions on Monday, 1 July, the only ones that will be held this year after those conducted at Phillip Island at the beginning of the Championship, therefore they are particularly important both for the 2013 and 2014 solutions. Imola will also be the setting for the début of the 2013 Cup of Nations, which up to last year was called the Two Countries Cup. Reserved for riders who are at least 16 years of age and in possession of a FIM Europe license, authorisation ('starting permission') and insurance coverage from their national Federation, the 2013 Cup of Nations is a Pirelli controlled tyre trophy which includes another two rounds in addition to the one at Imola which will be held at the same time as the Moscow Superbike races in mid-July and the Nürburgring round at the end of August. All participating riders can use only tyres purchased directly from Pirelli and marked as indicated by the sole supplier both in the race and in the qualifying and free practice sessions. Pirelli guarantees the riders a minimum of 1 set of dry tyres (SC1 front and rear) and 1 set of wet tyres for each race. The riders are authorised to use only the compounds Pirelli brings to each round. On the front Diablo Supercorsa tyres will be available in SC1 compound in 120/70-17 and for the rear Diablo Supercorsa SC1 and SC2 in 180/60-17 will be available. Specifically, at Imola the riders will use the standard SC1 (P1177) on the front as well as on the rear (R303). The Enzo and Dino Ferrari International Racetrack, better known as the 'Autodromo di Imola', is a circuit located in the Municipality of Imola (Bologna), named for Enzo Ferrari, founder of the car manufacturer by the same name, and his son Dino. Before the death of Enzo Ferrari in 1988 it was called the 'Autodromo Dino Ferrari'. The Imola track, set up for motorcycle racing, is a 4936 metre long circuit with 9 right hand turns and 13 left handers and it is one of the few tracks that runs anti-clockwise. The width of the track goes from a maximum of 15 metres to a minimum of 10 metres with a maximum downhill slope of 9.10% between the Piratella and Acque Minerali turns and a maximum uphill slope of 9.38% between the Acque Minerali and Variante Alta turns. 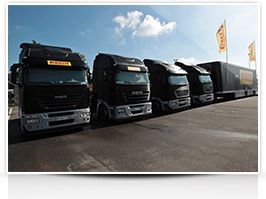