Pirelli at the starting line of track racing championships 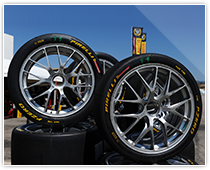 In 2014 Pirelli tyres are again main players in track racing competitions all around the world. The racing season opened on January 23-25th in Daytona with the Ferrari Challenge North America which includes eight other events. The Ferrari Challenge is one of the most popular single-brand competitions in which amateur and experienced drivers compete together. On February 23rd in Sepang, the Ferrari Challenge Asia Pacific kicked off with the largest Ferrari parade ever held in Malaysia. The championship includes seven rounds.  As far as Ferrari is concerned, the 7-round Ferrari Challenge Europe will also start in the next months. The Porsche GT3 Cup Challenge Australia presented by Pirelli began on March 8th in Sydney. The championship by Porsche Car Australia takes place in the most sensational Australian circuits, such as the Phillip Island Grand Prix Circuit, the Winton Motro Raceway and the Sydney Motorsport Park. Always on March 8th the Porsche Targa Tricolore Italiano test was held in Misano, in order to prepare for the racing season, which was kicked off on April 6th in Imola and for which Pirelli is long-standing sponsor and sole tyre supplier.  The championship includes seven rounds, one of which will be held abroad. The evening race in Adria in June has been confirmed, while the final round will be held at Imola on October 5th, with the spectacular “200 Miglia”. The Lamborghini Blancpain Super Trofeo 2014, in partnership with Pirelli, began on March 13th in Siebring (Florida) with the first round of the North America series which includes some of the most iconic circuits in the US and  Canada. In Europe, the Lamborghini Blancpain Super Trofeo will race alongside the Blancpain Endurance Series. The Asian series will visit the most important F1 race tracks in Shanghai, Sepang and Fuji (Japan). The world final will be hosted at Sepang (Malaysia) in November, and will be opened to all drivers of all the worldwide series. The Stock Car Brazil, one of the most important South American racing championships, kicked off on March 23rd with Pirelli as 2014 sole tyre supplier. The Maserati Trofeo World Series 2014 will start on April 12th with an official test in Vallelunga and will be back on the most prestigious circuits worldwide. Pirelli will be sole tyre supplier also for the 12th edition of the Italian Gran Turismo Championship, 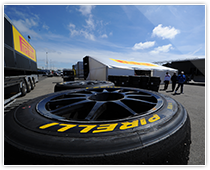 which will start at Misano on May 11th. The Italian firm also obtained the supply contract for the Italian Formula 4 Championship, kicking off on June 8th in Adria. This category has been created by the FIA, which saw the need to fill the gap between karting and Formula cars, which until now had been regulated only by national rules or single-brand categories. The programme includes seven rounds.

Pirelli at the starting line of track racing championships
Newsroom