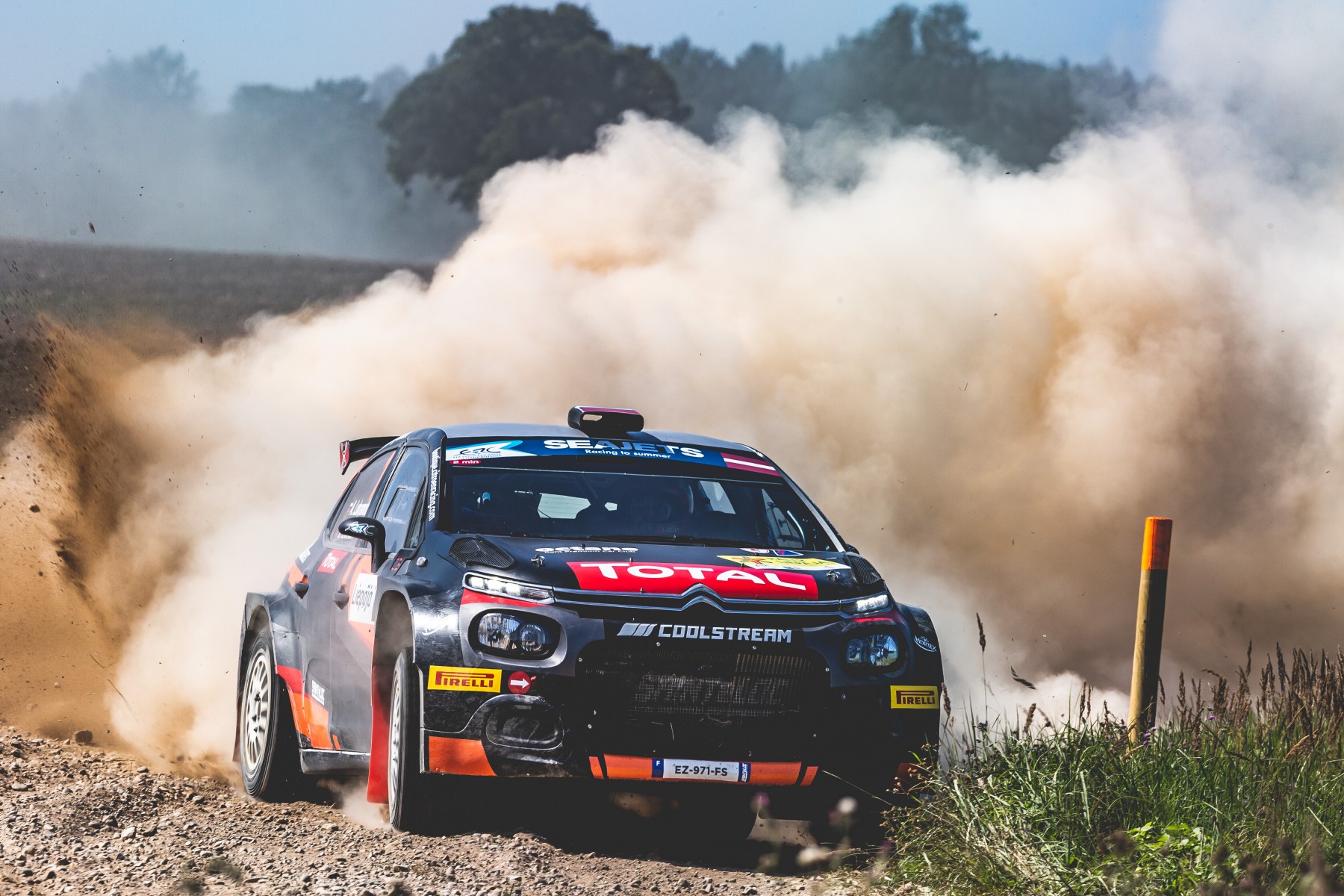 A new European Rally Championship season kicks off at Rally Poland this weekend, with Pirelli once again competing on all fronts across a new-look category structure.

Alexey Lukyanuk, who won the overall European crown on Pirelli tyres in both 2018 and 2020, returns this year in search of a third title. At Rally Poland, around half of the 40-strong entry in the top category for Rally2 cars will be on Pirelli tyres. This includes Lukyanuk and young Estonian Roland Poom, who will both drive Citroën C3 Rally2 cars for the Sainteloc Junior Team.

Others using the Italian company’s products include WRC2 regular Nikolay Gryazin and triple German champion Fabian Kreim (both driving Volkswagen Polo R5s) as well as Hyundai junior driver Gregoire Munster. Two Italian drivers will embark on full campaigns with Pirelli: The experienced Umberto Scandola in a Hyundai i20 and youngster Alberto Battistolli in a Skoda Fabia.

Pirelli crews in Rally2 cars will be equipped with Pirelli Scorpion gravel tyres in K6 and K8 compounds, with K6 and K4 available to those in ERC Junior and ERC3 Junior. These are the same tyres as are tried and trusted on the World Rally Championship in the WRC2 and WRC3, proving themselves capable of tackling a wide variety of gravel conditions.

Dedicated to up-and-coming stars, the ERC Junior Championship is transformed for 2021 and is now reserved for drivers using Pirelli-equipped cars from the new Rally3 category: intended to provide a low-cost entry to four-wheel drive rallying. In Poland, 2020 ERC3 Junior champion Ken Torn goes up against Junior WRC contender Jon Armstrong, both in Ford Fiesta Rally3 cars. The champion wins a season in the new WRC3 Junior class for 2022.

Like Lukyanuk, Tibor Erdi Jr will attempt to defend his title in the production-based ERC2 class with Pirelli tyres on his Mitsubishi, with his rivals in Poland to include Abarth Rally Cup contender Dariusz Polonski.

The ERC3 Junior Championship continues to run exclusively for young drivers in two-wheel drive Rally4 machinery fitted with Pirelli tyres, with a field of 12 drivers entered for Poland.

Rally Poland is the second-oldest event in international rallying (behind Rallye Monte-Carlo) with its first edition taking place exactly 100 years ago, in 1921. Since 2005 it has been based on fast gravel roads around Mikolajki in the Masurian lake district, around three hours from the capital Warsaw – where the final stage of the 2021 edition will take place to mark the 100th anniversary. Rally Poland featured on the WRC calendar before returning to the ERC schedule in 2018.

Rally Poland is the first of eight rounds scheduled for the 2021 ERC: four on gravel and four on asphalt.