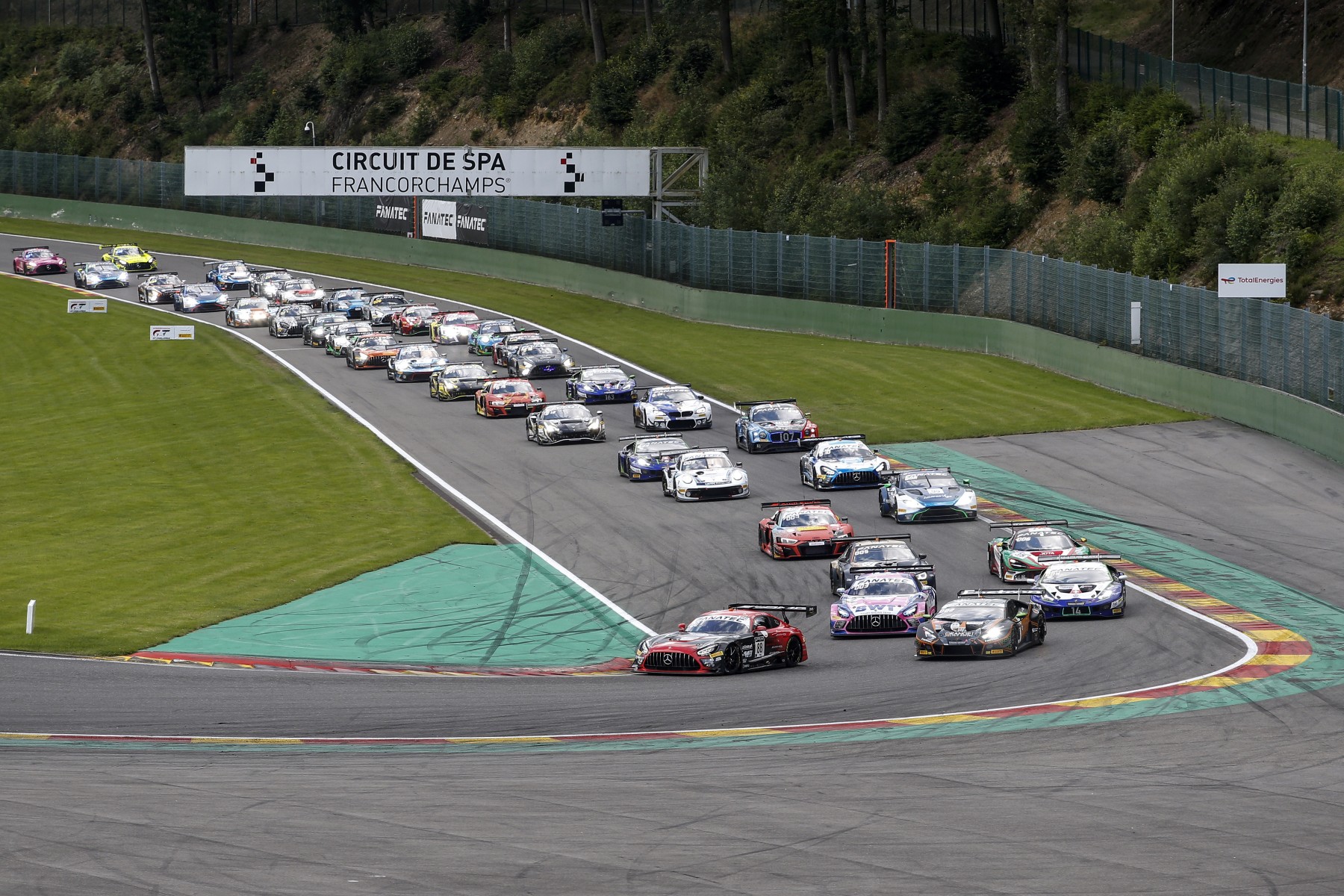 The 66 cars will use Pirelli’s DHF tyres, making their debut at the Spa 24 Hours.

More grip and higher speeds thanks to a re-asphalted surface .

The 24 Hours of Spa, which counts for the GT World Challenge and Intercontinental GT Challenge as well as three other series, brings with it an almost unparalleled logistical and organisational effort from Pirelli: involving 17,000 tyres, more than 150 engineers, technicians, managers and other staff, as well as 40 vehicles.

THE CHALLENGE
The picturesque 7.004km Belgian circuit is renowned for its challenging corners and changeable weather. On top of the unpredictability of the weather, the circuit itself is a serious challenge, with corners such as Eau Rouge, Raidillon and Blanchimont demanding the most out of the GT3 machinery. The 2022 race adds an unknown factor with the renewed layout, with new asphalt and a reworked configuration of kerbs and escape routes, which have made the track faster and more challenging for both cars and tyres.

THE TYRES
Replacing the outgoing DHE compound, the DHF tyre is a completely redesigned product designed to meet the specific requirements of all the GT classes. The DHF features a wider working range compared to its predecessor – optimized for warmer temperatures as well – and a new construction, which improves the balance with a better connection between front and rear. Cars competing in the Lamborghini Super Trofeo Europe will instead be equipped with the DHC, while Formula Regional European will use the DMB: both new products developed for the 2022 season.

MATTEO BRAGA, CIRCUIT ACTIVITY PIRELLI MANAGER:
“Spa-Francorchamps is always a big challenge for the tyres, which are put under severe thermal and mechanical stresses throughout the whole 24 Hours. Such is the pace and the reliability of the current generation of GT3 cars that the race will likely be a flat-out sprint for the entire 24 Hours, with careful work needed to find the right balance between peak performance and pace management. The new surface has not only generated more grip but also eliminated some of the bumps, with the cars now able to hold higher speeds through the corners and straights. Finally, there is a new configuration at some of the run-off areas. with bigger gravel traps closer to the actual track, adding another unknown factor to a race where cars often go off the ideal line. Sticking to track limits will be crucial to keep the surface clean.”

THE RULES
Teams are allowed a maximum of 30 sets of dry tyres for the 24 Hours of Spa, plus an additional new set for the cars taking part in the Super Pole session (for use only during that session and not in the race). There is no limit on wet weather tyres.

THE COMPETITORS
The race will feature a full grid of 66 cars, with 23 Pro entries. The manufacturers taking part all use Pirelli tyres on the road as well.