Pirelli chosen as supplier to UK and Italian MINI Challenge 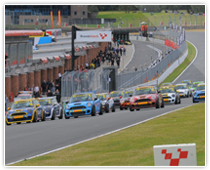 This year’s UK MINI Challenge sees the event making its return to Europe for the first time in six years. The single supplier UK championship kicked off with four races at the Snetterton 300 circuit on 6th and 7th April, whilst September will witness the MINI John Cooper Works and MINI Cooper Class vehicles doing battle on the demanding Zandvoort circuit in the Netherlands. Once again, the curtain comes down on the season at Donington Park on 28th and 29th September. Now in its ninth season, the MINI Challenge has chosen Pirelli as sole tyre supplier. Pirelli has also been appointed sole supplier to the official MINI Italian championship, now in its 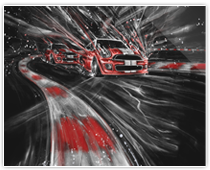 second season.  It will no longer be called MINI Rushour, but MINI Challenge like its UK counterpart. The championship once again features the MINI Cooper S with a fitment of 225/625-17 PZero™ DH slicks and 225/625-17 PZero™ WH wets. The 2013 calendar is scheduled for events over six weekends, each consisting of two races. Five rounds will be held at Italian circuits and one at an international circuit, on 16th June at the Red Bull Ring in Spielberg, Austria. The MINI Challenge begins on 28th April at the Vallelunga Piero Taruffi Circuit and finishes on 20th October at the Monza race track.