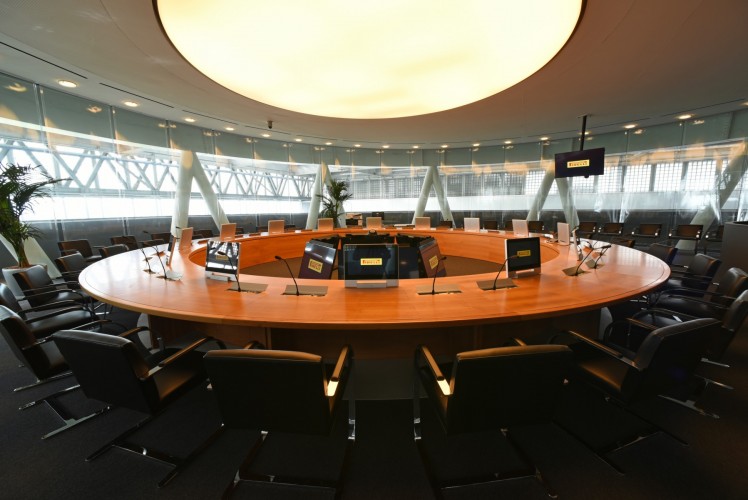 STRENGTHENING OF FACTORY IN CAMPINAS (SAN PAOLO) WITH THE CREATION OF A PRODUCTION HUB FOR HIGH VALUE CAR, MOTO AND MOTORSPORT TYRES FOR LATIN AMERICA; 300 NEW HIRES SEEN BY 2022

IN GRAVATAÍ (RIO GRANDE DO SUL) ACTIONS WILL BE TAKEN, IN AGREEMENT WITH UNIONS, TO MITIGATE THE SOCIAL IMPACT OF THE TRANSFER OF MOTO PRODUCTION TO CAMPINAS

Milan, 13 May 2019 – Pirelli confirms its strategic presence in Brazil through a reorganization of its production structure, which will facilitate the acceleration of its the focus on High Value products and improve the competitiveness of its manufacturing sites in the Country, considering also the difficult economic context.

The Company foresees a 120 million euro investment plan for the period 2019-2021 for the modernization and reconversion of its production plants from Standard to High Value, and the ongoing improvement of the mix and quality in the factories of Campinas (San Paolo) and Feira de Santana (Bahia). These investments are in addition to the 320 million euro already deployed in the period 2013-2018. This reorganization will make Pirelli’s presence in Brazil more solid and more competitive.

In particular, the reorganization calls for the strengthening of the factory in Campinas, which today only produces Car tyres, through the transfer of Moto tyre production from the plant in Gravataí (Rio Grande do Sul), which will be completed by mid-2021. This reorganization will facilitate the creation of an industrial hub to serve the markets of Latin America, which will be dedicated to the production of Car, Moto and Motorsport tyres, with a growing focus on High Value. This operation will permit the optimization of production processes and logistics flows, also thanks to the Campinas plant’s favourable position closer to the production of facilities of car and motorcycle makers, and its enhancement will permit the hiring of around 300 people by 2022.

The resources relative to the reorganization are mainly derived from the signing of the fiscal agreement for the Patent Box, which took place in October of 2018 and, as announced at the time, go towards the further focus on High Value and faster reduction of the Standard segment.

At the same time, with the goal of finding an agreement with unions during the period of production transfer, the Company will take all possible actions to mitigate the social impact at the Gravataí plant, which today employs around 900 people.

In particular, as a first step on this path and considering the confirmation received from Prometeon Tyre Group Brazil of its industrial presence in Gravataí, Pirelli and Prometeon Tyre Group will reciprocally evaluate actions aimed at mitigating the effect on employment, compatibly with the conditions of the local market and the competitiveness of the respective businesses.