For the debut of the production based championship in the land of Atatürk, the Italian tyre company provides Superbike and Supersport riders with tyres designed to deal with the aggressive asphalt of the Intercity Istanbul Park The eni FIM Superbike World Championship enters the final part of the season with four rounds still to go for the Superbike and three for the Supersport before the assignment of 2013 world titles. The location for the eleventh round of the season is the Intercity Istanbul Park circuit. This is the first ever visit to the circuit, and will feature the Superbike and Supersport classes only. 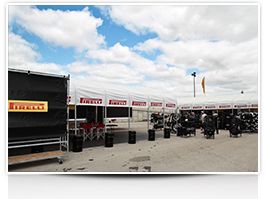 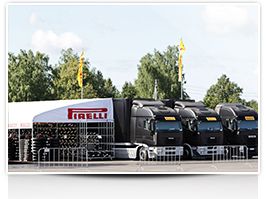 For Pirelli, this track is not completely unheard-of, the engineers of the brand with the long “P” have already been there in 2011 with the Formula 1® paddock.  It will however be the first visit for the brand new 17-inch Diablo Superbike tyre as well as the Diablo Supercorsa SC tyres. These tyres will face a track known to be highly aggressive on the tyres without the possibility of carrying out the tests in the days before the round. Precisely for this reason, and thanks also to the information acquired from Formula 1® and MotoGP™ races which have taken place on this track in the past, Pirelli has specifically designed two development solutions, one in an SC0 compound and the other in SC1, to allow riders to run without a performance sacrifice. They have been made ​​by Pirelli engineers in an attempt to improve the thermal and mechanical properties and the grip of the standard SC0 and SC1 tyres. Following the same philosophy, a solution in soft compound has also been developed for Supersport class on the basis of feedback received after the Imola tests. The goal, in both classes, is to provide the riders with solutions for circuits featuring aggressive asphalt and usually characterized by relatively high temperatures, tyres that if deemed valid might be essential for other rounds on the calendar, firstly the Australian one. The Intercity Istanbul Park circuit is located in south-eastern suburbs of the Turkish metropolis, on the Asian side and not far from the Sabiha Gökçen International Airport. It was designed by the famous track architect Hermann Tilke in a hilly area of the city so that the track offers many ups and downs and a varied route. The track has seen his baptism on August 21, 2005 with the Turkish Formula 1® Grand Prix, then in October of the same year also hosted the first competition on two wheels with the MotoGP™ Grand Prix won by the current BMW Motorrad GoldBet BMW SBK rider, Marco Melandri. 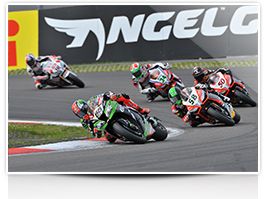 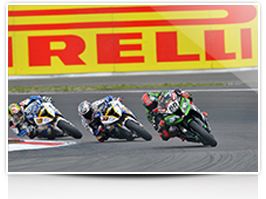