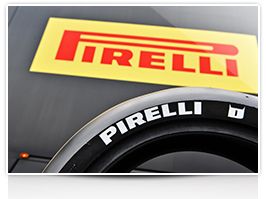 The sole supplier of all classes of the Championship, explains the changes following the introduction of the EVO Superbike class and the new format for qualifying, plus its contribution to make the competition balanced and compelling Pirelli, for over 10 years sole supplier of all the classes of the eni FIM Superbike World Championship, will actively contribute to make the competition even more compelling for the 2014 season, which kicks off in two weeks in Australia. The new season is rich in activities and changes in terms of the regulations with the introduction of the new EVO Superbike class and a new format for the free practice sessions timed for qualifying. The goal of the tyre manufacturer is to try to reduce the gap to EVO Superbike, which differs from Superbike for horsepower, electronics and engine set-up, providing an opportunity to the fastest riders in this class to be competitive in the races, and consequently, to make the Championship more balanced and compelling. The data from this year relating to the behaviour of the EVO Superbikes, will also be important in respect to 2015 when the grid of the premier class will be entirely comprised of only EVO Superbikes. The tyres for Superbikes and EVO Superbikes 2014 will see lined up in the premier class for the first time ever in the history of the eni FIM Superbike World Championship, both Superbike and EVO Superbike machines, with a total of 8 motorcycle manufacturers already confirmed. All participating riders will have as a reference range, 17-inch tyres as follows:  •DIABLO™ Superbike, slicks tyres with the following sizes:    o120/70 front in SC1 (soft) and SC2 (medium) compounds    o200/60 rear in SC0 (soft), SC1 (medium) and SC2 (hard) compounds  •DIABLO™ Rain, a minimum of 8 tyres available per rider, to be used in case of rain  •DIABLO™ Wet, a minimum of 3 tyres available per rider, are intermediate tyres to be used when the track is neither completely dry nor completely wet  •DIABLO™ Superbike qualifier, a supersoft tyre for the Superpole on Saturday In addition, according to the FIM regulations:  •The maximum number of tyres which each rider is allowed to use for the entire race weekend (Friday to Sunday) is 24, including 10 front and 14 rear tyres  •The maximum permitted number of fitted tyres for each session will be 13 (no distinction between front and rear) for each rider  •Each rider until (and including) the warm-up can use a maximum of 8 front and 12 rear tyres. To ensure compliance with this regulation, the promoter of the Championship uses a marking system by means of anti-counterfeiting stickers  •Pirelli can provide different rear solutions to the Superbike riders and to the EVO Superbike in all or some of the events of the Championship without prejudice to the total number of solutions available to each rider (3 to 4) and the total quantity of tyres per rider that will remain the same for both classes Basically, the EVO Superbike riders might have a rear solution which is different from one of those given to the Superbike riders and vice versa. The solution dedicated only to EVO Superbike riders will not necessarily be the same for all rounds, in fact Pirelli during the year wants to develop more solutions, some dedicated to both classes, others only to one of the two categories. The tyres designed only for EVO Superbike may differ from those intended for both classes offering better grip, but also features such as better mileage and wear resistance over the race distance and a different approach to the temperatures and asphalt that will face, this is also in consideration to the fact that the machines’ power deliveries are different. 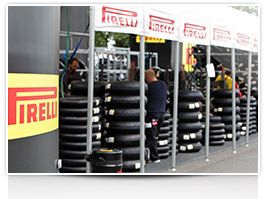 The free practices timed for qualifying, the new Superpole and the qualifier tyres In 2014 Superbike class includes:  •3 free practice sessions timed for qualifying of 45 minutes each and valid for qualification to Superpole  • 1 free practice session of 30 minutes not timed and therefore irrelevant for the access to Superpole  •The SuperpoIe session, divided into two sessions of 15 minutes each, is accessed by the top 20 riders, based on the best lap time achieved in the three free practices timed for qualifying, as follows:  •The 10 fastest riders have direct access to the second and final Superpole session by getting each Superpole tyre with a Pirelli white label applied on the side  •The riders who have achieved times in the free practice for qualifying slots from the 11th to the 20th placings get access to the first Superpole session to determine the starting grid from the 13th to the 20th position and get a Superpole tyre with a Pirelli yellow label applied on the side  •The two fastest riders of the Superpole 1 will enter the second Superpole session joining the 10 riders already qualified, bringing to 12 the total number of participants in the Superpole 2 to determine the starting grid from the 1st to the 12th position. For the second session of Superpole, these two riders will receive a second Superpole tyre marked with a Pirelli red label on the side  •The starting grid will be composed of 3 riders per row In addition, for a correct and regular allocation management:  •The Superpole tyres are marked with a sticker like all the tyres used until the warm-up (for a maximum of 12)  •The 10 riders taking part in the Superpole 1 are allowed to only use 1 qualifying tyre but they will all have two, this is because it is impossible to determine in advance who might qualify for Superpole 2 and there would not be enough time between Superpole first and second sessions to equip the two fastest riders of the Superpole 1 of an additional qualifier tyre for Superpole 2  •The 8 riders of the Superpole 1 who do not go through the Superpole 2 for regulation are called to return to Pirelli the second unused Superpole tyre

The tyres for Supersport In the FIM Supersport World Championship as forthe regulations:  •The maximum number of tyres which each rider is allowed to use for the entire race weekend (Friday to Sunday) is 18, including 8 front and 10 rear tyres  •The maximum permitted number of fitted tyres for each session will be 11 (no distinction between front and rear) for each rider  •Each rider until (and including) the warm-up can use a maximum of 7 front and 9 rear tyres. This amount will be ensured by the same marking system of anti-counterfeiting stickers adopted in the Superbike class  •The Supersport class has 3 consecutive free practice sessions and one qualifying session on Saturday afternoon All the riders of the Supersport class, as well as those participating in the Superstock and European Junior Cup which will join the Championship on its return to Europe, use treaded DIABLO™ Supercorsa SC tyres.