Since 2005, the year of its birth, this tyre is both the top product of the racing range of the long P brand, the protagonist of MOTUL FIM World Superbike Championship and also a benchmark for those seeking the ultimate performance on track 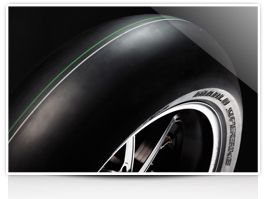 Pirelli DIABLO™ Superbike won the comparative test draft by the German magazine PS, which has compared racing slick tyres of six different manufacturers, by testing them on track at the Sachsenring circuit. Apart from Pirelli’s DIABLO™ Superbike, some of the testing choices of the magazine editors were Bridgestone Battlax Racing V02, Michelin Power Slick Ultimate, Dunlop KR 106 / KR 108, Metzeler Racetec™ RR Slick and Continental Track, all fitted on a BMW S 1000 RR model with 120/70 R17 front and 200/65 R17 rear. The comparative can be read in PS 07/2016 issue, which is currently at newsstands, and it was conducted considering several criteria in order to make a judgment as complete as possible. This test involved Christian Kellner, a former FIM Supersport World Championship rider, and it saw an assigned rating to each tyre set for handling, steering precision, stability, grip, behaviour to the limit, braking stability, feedback transmitted from the tyre to the rider and also the best lap time on track. Specifically DIABLO™ Superbike was tested using the SC2 compound (hard) for the rear tyre and the SC1 compound (soft) for the front one. 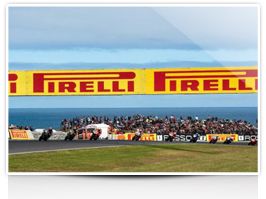 In particular, Pirelli DIABLO™ Superbike were the best tyres overall regarding the grip offered and the guidance to the limit, as well as the ones to have achieved the fastest lap of 1’32.46 with about 2.5 tenths advantage over their next rival, Bridgestone and Michelin, plus more than half a second on all others, and almost two seconds advantage over Continental Track. Here below the final ranking that takes into account all the above parameters: 1) PIRELLI DIABLO™ Superbike 1) BRIDGESTONE Battlax Racing V02 3) MICHELIN Power Slick Ultimate 4) DUNLOP KR 106 / KR 108 5) METZELER RACETEC™ RR Slick 6) CONTINENTAL Track PS positively remarks the results obtained from DIABLO™ Superbike, calling it simply the ‘tyre of dreams’ because it allows you to go even faster on track while always ensuring  clear feedback and alerting the rider when near to the limit. 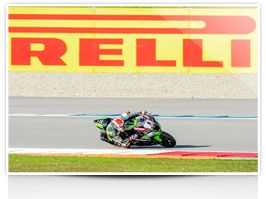 DIABLO™ Superbike, launched in 2005 and constantly updated over the years, confirms itself as a leading product in the racing slick tyres segment among those present on the market. For more than twelve years this tyre has been a protagonist of every FIM Superbike World Championship weekend, in which is regularly used by all riders of the SBK® class. This is the result of years of development done along with the most prestigious riders all over the world. It is the only slick range tyre to be used in a motorcycling World Championship as well that is also available on the market for purchase by any rider, as proof of Pirelli’s winning philosophy that has become a trademark, as well as the brand’s motto: “We sell what we race, we race what we sell”.