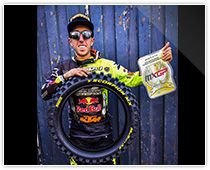 Antonio Cairoli, just as four years ago, claimed his eight FIM Motocross MXGP World Title last weekend in Brazil, finishing third in the GP of the State of Goias.  Another success for the Sicilian rider, who has collected a staggering tally of world titles in just ten years as a professional, and for Pirelli’s SCORPION MX32™ which celebrated its 61st motocross title. In Brazil wrapping up third place was enough for Cairoli to claim the title of a championship in which he was always protagonist with nine first places, 13 2nd and 3rd positions out of 16 races. 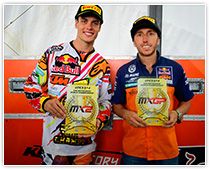 Another success came for Pirelli’s  SCORPION MX32™ in the MX2 class in the final round of the FIM Motocross World Championship, held for the first time on the hard pack of Leon in Mexico: Jordi Tixier's World Title was the cause for Pirelli’s  SCORPION MX32™ to celebrate its 62nd motocross title.  The French rider claimed the championship with his second overall GP win thanks to one victory and a 3rd position on the day.