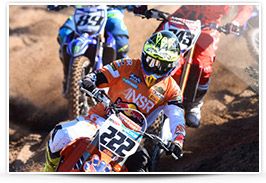 “Le dune” circuit in Riola Sardo has hosted the first round of “Internazionali d’Italia di motocross”, the championship that has officially opened the 2017 season. On the sandy sardinian track, the Pirelli-equipped riders have choosen the SCORPION™ MX32™ Mid Soft front and SCORPION MX™ Soft rear, and grabbed the overall victory and excellent placings in all categories. Antonio Cairoli scored the first victory of the season finishing first in MX1 and in Elite races. The eight-time world champion has centered two perfect starts and has led undisturbed to the finish line in both races. Good performance also for Jeremy Van Horebeek which has finished behind Cairoli with great comebacks in the two races. Good third place, in MX1 and Elite, even for the reigning MXGP champion Tim Gajser who, at a month from the start of the World Championship, has shown to have already reached a good speed. Thanks to the results of Evgeny Bobryshev, fourth, and Glenn Coldenhoff, fifth, Pirelli has monopolized the top five in the Elite class. Bad luck for Romain Febvre, that after the fourth place in the MX1 was forced to retire in the Elite due to a bad crash. 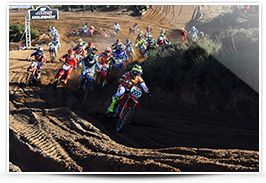 Victory for Pirelli also in the MX2 class by the young Jorge Prado. The spanish rider has centered a great start and has led the race until the checkered flag. Some mistakes have slowed down Pauls Jonass, that however managed to finish the race with an excellent fourth place. The Latvian in the difficult Elite race has finished in sixth place overall and first of the MX2 riders. Good performance also for Samuele Bernardini who finished eighth overall. The next race of the championship is scheduled on February 5th in Malagrotta (Rome). 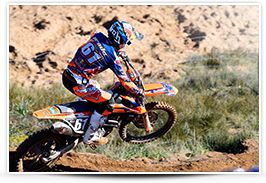 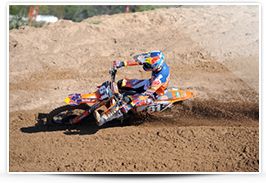