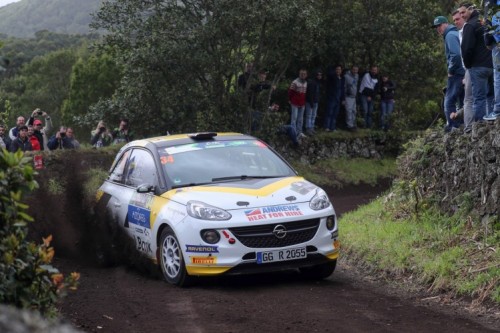 The Under 27 FIA European Junior Rally Championship – contested by R2B two-wheel drive cars – has provided a brilliant career launchpad for its stars over the last two seasons. The winner in 2016, the first year of Pirelli’s exclusive supply, stepped up to the ERC Junior Under 28 series, and thanks also to Pirelli’s support has now gained a manufacturer contract. Last year’s winner also steps up to an R5 car.

The ERC Junior calendar counts for six of the eight rounds on the ERC schedule: the Azores this weekend, the Canaries from May 3-5, Rome from 20-22 July, Barum Czech from 24-26 August, Poland from 21-23 September, Liepaja from 12-14 October.

THE STARS OF THE 2018 ERC JUNIOR UNDER 27 CHAMPIONSHIP

Simon Wagner (A), 18/04/1993Co-driver: Gerald WinterCar: Peugeot 208 R2Team: Saintéloc Junior TeamWon 4 stages in the ERC Junior U27 series last year and finished as 2nd 2WD car in the Czech Republic. 3 class wins and just 1 retirement from 9 events. 1st 2WD car and 2016 Austrian Junior Champion in a Citroen DS3 R3T. Made his debut in 2011 in a VW Golf GTD, took his first class wins in 2013 with a Mitsubishi Lancer Evo III.

For further information about the Azores Rally, visit www.fiaerc.com