In the fourth round of the MOTUL FIM Superbike World Championship, the Italian tyre company brings almost all of its standard tyres and, for the Monday after the race weekend, is organizing the second Pirelli SBK® Track Day of the season 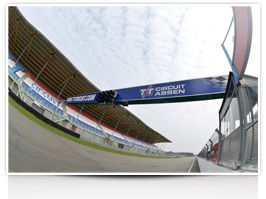 Next weekend, "The Cathedral" of motorcycling, as the TT Circuit Assen is affectionately dubbed, is preparing to celebrate the 25th anniversary of the MOTUL FIM Superbike World Championship in Assen, the circuit which is located about 200 km north-east of Amsterdam. In the fourth round of the 2016 season Pirelli, for the first time, will provide the riders of the SBK® class with the new standard front solution SC3, the sturdiest option of the DIABLO™ Superbike line and a new solution for 2016. The new SC3 solution, available for the front and the rear, was developed by the brand as a result of the years of experience acquired while participating in the FIM Endurance World Championship which has seen victories at Le Mans 24 Hours and the Bol d’Or. It is therefore a solution developed above all for use in endurance competitions and in all those cases where a high level of resistance and longer lasting performance than those which other compounds can offer, is needed. On the front, the SC3 is versatile and offers constant performance. In detail, compared to an SC1 it ensures a longer mileage but at the cost of grip and contact feeling while if compared to the SC2 it continues to offer a mileage but at the price of less driving precision. For these reasons the SC3 is an excellent solution for all those racing contexts, for example, the colder European stages of the World Superbike series where a highly protected, resistant solution unlikely to tear with the cold, needs to be used. On Monday following the race weekend, the Dutch circuit will host the second round of the Pirelli SBK® Track Days, as has happened in Thailand in March. 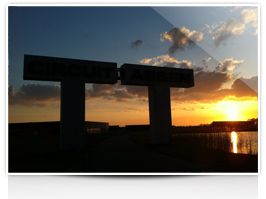 The TT Circuit Assen has been designed and created as a track only for motorcycle competitions. It’s considered one of the most challenging circuits of the championship and for this reason it has been given nicknames such as "The Cathedral” or “The University of Motorcycling". With high average speeds, despite the changes in recent years that have altered in part the reputation, the circuit puts a strain on both the bikes and the riders as well as on tyres. Built in 1925, although for the first thirty years of life it was open to traffic during the year and occasionally held races on country roads. At that time the track was 28 kms long and in 1955 the most modern circuit similar to the one of today and no longer open to traffic was built. In 2006, the whole first part of the very fast circuit was eliminated by reducing the length of the track by nearly 1500 metres and giving space to new stands, overlooking the new group of first slow turns. Today the track is 4542 metre long with the longest straight of 970 metres, 11 right corners and 6 on the left. On this track the tyres are not very stressed from a thermal point of view, but must still provide great precision and a lot of directional stability to the pilot. A key role is also the weather: in April it is not difficult to come across weather conditions which are often unpredictable and rather cold. The asphalt of this circuit, made up of a very high bituminous percentage, has a strong correlation between how aggressive the track is and the air temperature. Therefore, with low temperatures, the rear solutions can suffer from problems with tearing, in particular if you use soft solutions when the track is still poorly rubberised, typical of the Friday sessions. The solutions for the Superbike and Supersport classes As always, in addition to dry tyres, all classes of the MOTUL FIM Superbike World Championship have in the case of adverse weather conditions, access to rain tyres DIABLO™ RAIN and intermediate tyres DIABLO™ WET. With regard to dry solutions in the SBK® class we have standard slick tyres DIABLO™ Superbike which, in some cases, are flanked by some development solutions. For the Assen round riders will have four front solutions and as many for the rear, in addition to the rear qualifier tyre that can only be used by the riders in the second of Saturday's Superpole sessions. At the front the riders will have access to two development solutions and two standard ones. Among the development options is the SC1 S1699, much appreciated by the riders already in the first three rounds, and the SC2 U0176, which has a compound in between an SC1 and an SC2. Regarding the standards, besides the already well-known SC2, the riders will try the new SC3, the hardest front of the 2016 range, for the first time. As regards to the rear, the riders will have the same solutions already present in the last round which took place in Spain. Specifically, there will be the standard SC0, the softer and ideal option to face smooth asphalt and high temperatures. It offers the maximum grip on smooth asphalt and maximum traction at high temperatures, together with higher thermal stability to the performance loss. The second solution is constituted by the standard SC1, which has a medium hardness of rubber composition which is positioned halfway between the soft and the hard solution and is an excellent alternative to the SC0 when temperatures are too low or the asphalt is particularly abrasive. The third solution is represented by the development SC1 U0989, which at Aragón was not able to be fully assessed by the riders. The last option is the standard SC2, the hard solution of the range that is used with abrasive asphalt and / or at low temperatures. In WorldSSP class at the front both the standard SC1 and SC2 will be available flanked once again by the development SC1 S1485, which should offer more support in the approach to bends in favor of a better steering precision. There will be two options for the rear: the standard SC1, present in the first three rounds and and providing an average hardness of rubber compound that is positioned halfway between the soft and the hard solution. The other option is the development SC1 U0563, which in comparison to the standard SC1 should provide even greater robustness. The 2015 Pirelli statistics for TT Circuit Assen • Total number of tyres Pirelli brought: 4619 • Number of solutions (dry, intermediate and wet) for the Superbike class: 5 front and 7 rear • Number of tyres available for each Superbike rider: 34 front and 37 rear • Number of solutions for the Supersport class (dry, intermediate and wet): 4 front and 5 rear • Number of tyres available for each Supersport rider: 22 front and 25 rear • Superbike Best Lap Awards won by: Jonathan Rea (Kawasaki Racing Team), 1'35.899 (Race 1, 20th lap) and Chaz Davies (Aruba.it Racing-Ducati SBK Team), 1'35.992 (Race 2, 18th lap) • Supersport Best Lap Award won by: Jules Cluzel (MV Agusta Reparto Corse), 1’38.184 (15th lap) • Temperature in Race 1: air 9° C, asphalt 15° C • Temperature in Race 2: air 13° C, asphalt 20° C • Maximum race speed reached by Pirelli DIABLO™ Superbike tyres: 303.2 km/h, in Race 2 byMichael Van Der Mark (Pata Honda World Superbike Team) at 20th lap • Maximum race speed reached by Pirelli DIABLO™ Supercorsa SC tyres in Supersport race: 263,2 km/h by Patrick Jacobsen (Kawasaki Intermoto PonyExpres) at 16TH lap.