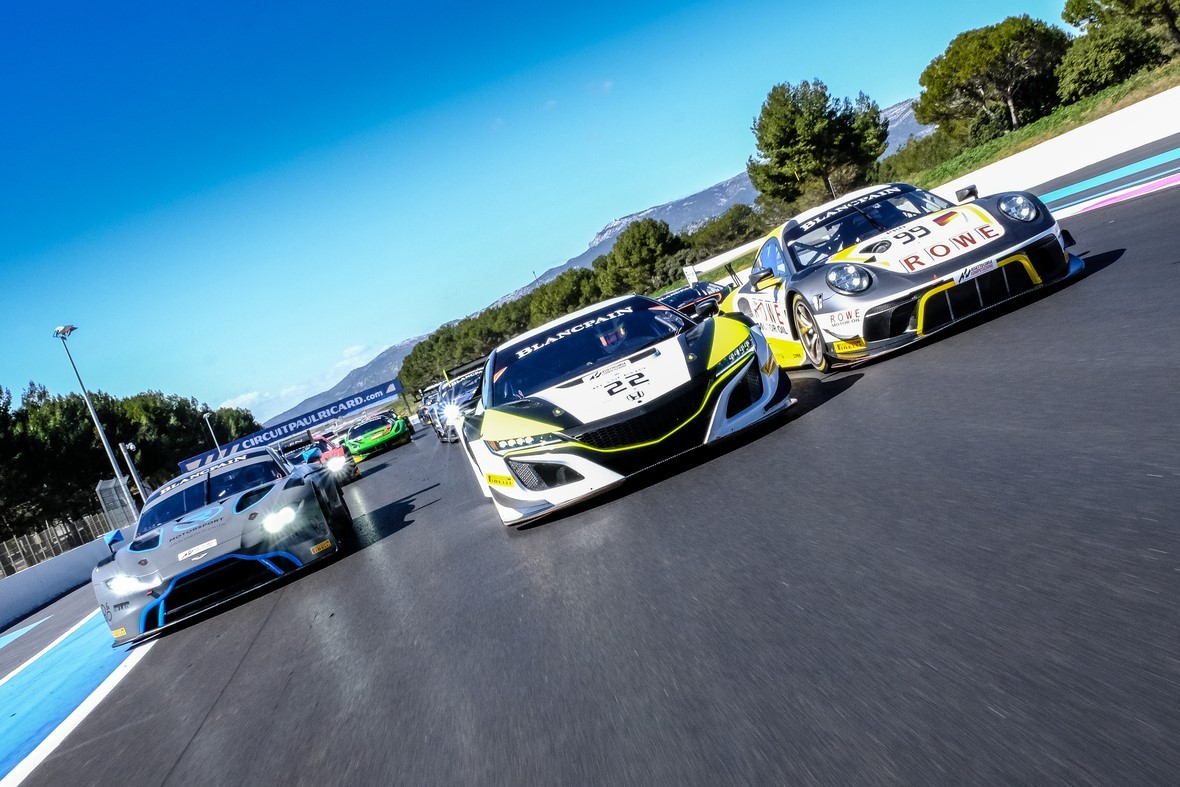 Paul Ricard plays host to the third round of the Blancpain GT Series Endurance Cup and the fourth round of the overall championship this weekend, supplied by Pirelli.

The GT4 European Series and Blancpain GT Sports Club will feature too, and both championships will also run on Pirelli rubber.

The challenge:This is the second time this year teams have visited Paul Ricard as it was used for testing in March. The 5.8 kilometre circuit located in Le Castellet, near Marseille consists of 15 turns and is very flat in comparison to the other circuits on the Blancpain GT Series calendar . Many parts of the track have also been resurfaced over the winter.

It’s most famous for the 1.8 kilometre long Mistral straight, where the drivers will reach top speeds in excess of 290kph. It also has very distinctive run-off areas in black and blue, made up of a mix of asphalt and tungsten.

Pirelli is familiar with the circuit not only in GT racing but also Formula 1, as Paul Ricard joined its calendar last year.

The competitors:The grid will feature 49 cars piloted by 147 drivers across the 1000-kilometre or six-hour race, whichever comes first. There will be 10 manufacturers on the grid: Aston Martin, Audi, Bentley, BMW, Ferrari, Honda, Lamborghini, Lexus, Mercedes and Porsche.

It’s anyone’s game this weekend with six of the 10 manufacturers taking victory in the past, most recently Lexus in 2018. This year in the Endurance Cup both Porsche and Ferrari have taken the top step of the podium, at Monza and Silverstone respectively. All the teams will be gunning for victory but also using this event as a warm-up for the Total 24 Hours of Spa, which is the next event on the Blancpain GT Series Endurance Cup calendar. As Paul Ricard is an evening race, it will help the teams prepare for driving during the night at Spa.

The product:For this season competitors will use the P Zero DHD2 slick for the dry and the Cinturato WH for the wet. Paul Ricard is a familiar circuit to the teams so they will have a strong understanding of how best to use their cars and tyres . The race will also provide the teams with the opportunity to understand how ambient temperature changes from day to night affect the performance and life of the tyres.

Also using Pirelli tyres across the weekend will be the GT4 European Series and Blancpain GT Sports Club.

Big number:Six. The number of brands who have won the race at Paul Ricard since its inception in 2012.

Quotes:Matteo Braga, Pirelli racing technical manager: “This is our second visit to Paul Ricard this year, following a couple of days of testing in March. This means the teams are very familiar with the circuit and how the Pirelli products perform. However, weather conditions vary from early March and the night sessions provide a new challenge. We’re looking forward to some exciting racing at an iconic venue.”