PIRELLI ICE ZERO 2, THE FIRST TYRE DESIGNED AROUND THE STUD

DEVELOPED FOR EXTREME WINTER CONDITIONS, THE NEW STUDDED TYRE IS DESTINED FOR TOP OF THE RANGE CARS 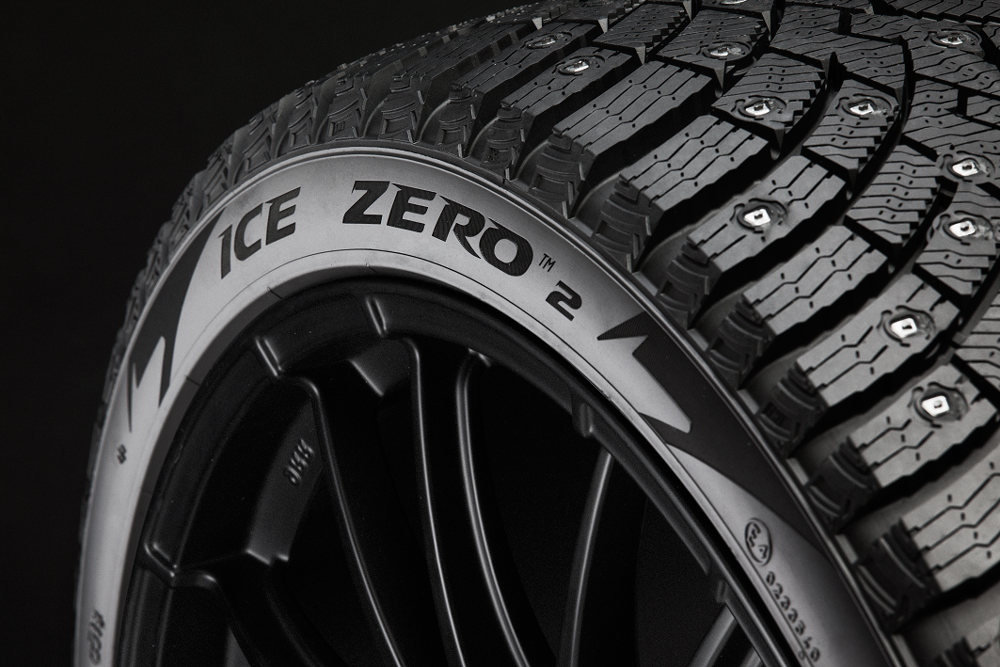 Flurheden (Sweden), February 20, 2019 – It all begins with the stud. When designing the new Ice Zero 2, launched at Pirelli’s proving ground in Sweden, the Italian firm’s engineers started with the key element that offers grip in icy conditions: the stud. This type of tyre presents technical complexities that demand intense design work to deliver very specific requests from the automotive market. And these specialised requests are at the heart of the design of the new Ice Zero 2: performance on ice, driving comfort, and reduced road noise. The stud is a key factor: compared to the previous generation, traction and braking have now improved, while at the same time Pirelli’s engineers have also managed to reduce noise, thanks to a new stud arrangement. Dry weather performance has improved as well, thanks to a reduction in the depth of the tread pattern and the 3D channels on the shoulder.

The stud in the Ice Zero 2 tyre, derived from the one that was made for the first version of the Ice Zero and patented by Pirelli, has benefitted from several updates. In particular, it has been redesigned and lightened (going from 1.1 to 0.9 grams, while the length goes down from 11 to 10 millimetres), all helping to reduce the overall weight of the tyre. However, the number of studs in the tyre has increased. Compared to the previous generation of Ice Zero tyre, which contained around 130 studs, there are now 190 studs buried in the surface of the tyre. The new design, developed using 3D simulation, has also helped to enhance braking, accentuating safety.

MORE THAN 1500 HOURS OF SIMULATION

While it’s the stud that has the important job of biting into the road surface, there are other elements that improve efficiency. The housing that connects the stud to the inside of the tyre is a key element of transferring the grip into the tyre itself. As a result, a compound that’s not too soft has been adopted, which also helps stud retention. Meanwhile, the way that the studs are arranged over the tyre surface guarantees the right balance between often contrasting demands, such as performance under traction and braking, or the containment of rolling resistance. These aspects have been determined after more than 1500 hours of computer modelling, with 3D simulations that have made it possible to look at the behaviour of the tyre in close detail, which would be impossible to do with the same precision during normal road tests. The new stud layout, arrived at through virtual simulation, has resulted in 24 different possible channels over the tyre surface to cut through snow and ice: this complexity guarantees both a high level of grip even in the most slippery conditions, as well as a low noise level, which would not have been the case with a regular layout. All of this has been incorporated into a tread pattern design that’s able to find the best compromise between the main requirements of a studded tyre and noise reduction, as well as maintaining optimal performance in snowy conditions. This even applies to deep snow, typical of the areas for which this new tyre has been created.

The new developments on this latest product has not affected the well-known qualities of the first generation Ice Zero, especially the way that its performance is long-lasting. In order to maintain and improve on this enduring reliability, state-of-the-art studding technology has been developed with new machines that have been specifically developed for the job. Even the development process has benefitted from brand new processes, with the start of dedicated experimental procedures at Pirelli’s indoor testing department in Milan.

The new Ice Zero 2 tyre enters the range alongside the previous Ice Zero and Ice Zero FR (non-studded) tyres. Compared to the first generation of tyres that it will join, the Ice Zero 2 focusses more on top of the range cars, in line with Pirelli’s corporate strategy. Pirelli has consolidated its position as market leader when it comes to tyres in 18-inch size and higher. These includes winter tyres, where Pirelli has the highest number of marked tyres, representing 69% of the total. Today, the range takes in 850 homologated winter tyres, 40 exclusive sizes and the widest offering of run flat tyres for winter conditions.

A fundamental part of the strategy is Pirelli’s two new proving grounds. These are located on the Tonale Pass in Italy – the closest one to Pirelli’s research and development in Milan – and Flurheden in Sweden, with more than 20 kilometres of icy and snowy roads available. Here, more than 100 days of testing are possible each year, taking in more than 25,000 kilometres and more than 30,000 tyres. The facilities specialised in producing winter products also play a key role: in particular the Russian factories at Kirov (with 1800 employees and six million tyres set to be produced in 2019) and Voronezh (1000 employees and 2.2 million tyres), which is focussed on high value products. In the northern European market, an important move was the acquisition of Swedish distributor, Däckia Holding.

The sizes available for Pirelli’s latest tyre begin at 16 inches and go up to 22 inches, with the Ice Zero 2 also capable of equipping sports saloons. The Scorpion Ice Zero 2 caters for the latest-generation SUVs and Crossover vehicles. These cars all offer high performance but also demand the maximum amount of grip. Which is guaranteed by the Pirelli Ice Zero 2.