Pirelli initiatives for the 70th edition of EICMA 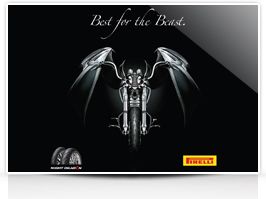 The manufacturer from Milan will take part at the International Motorcycle Show, with stand G30 in pavilion 2 dedicated to custom bikes. Outside the show, Pirelli will host the Ridersnight GommaTi in the Isola district of Milan Pirelli will be at the 70th edition of the International Motorcycle Show (EICMA), from 13 to 18 November. They will be at stand G30 in pavilion 2 with its flagship product dedicated to the custom world - Night Dragon. In addition, on the evening of 15 November, Pirelli will be organising the Ridersnight GommaTi event outside of show hours in cooperation with the Pirelli Foundation and the Riders Italian Magazine in the Isola district of the Lombardy capital.

The Night Dragons are the new generation of custom touring tyres from Pirelli, which is increasingly committed to developing technologically cutting-edge tyres, not only in the sport and racing environment, but also in the touring and custom arena. The Pirelli Night Dragons are tyres dedicated to custom bike owners who, in addition to the features of stability and long life - definite musts for this segment - are also looking for the handling and grip which are programmed into the Pirelli DNA. These bikers are the same ones who often modify their bikes to increase power and they often change the exhaust and suspension too. Night Dragon is just the way to interpret the custom touring segment according to Pirelli, keeping pace with the evolution and needs of custom bikers in terms of traction and grip, and providing a unique tyre in a class that embodies the sporting DNA of the brand and at the same time the most important characteristics for a custom tyre: mileage and stability. 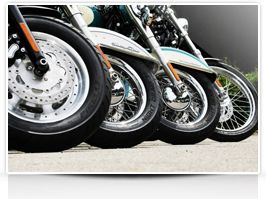 Stand G30 in EICMA pavilion 2 will be dedicated specifically to Night Dragon, which saw an expansion in sizes in the range this spring. The stand has been designed by Pirelli as a meeting and socialization hub where visitors will be able to take in the atmosphere of the custom world: a Harley Davidson Fat Bob will be on display, branded for the occasion with Pirelli Night Dragon logos and references by customizers from the German Harley Davidson Aachen dealership, alongside another model from the prestigious American company - a Softail Deluxe. But that's not all. At the Night Dragon stand tattoo artists will be on hand to tattoo the tread of a few tyres, bringing real tyre works of art to life. Then, on the evening of 15 November, starting at 8:30pm at the Revel Scalo D’Isola restaurant at via Thaon de Revel 3, in the heart of the Isola district of Milan, the Ridersnight GommaTi event will be held, organised by Pirelli in cooperation with Riders Italian Magazine and the Pirelli Foundation. For a week, the Isola district will be the setting where style and bikes come together under the umbrella of creativity and, in this context, GommaTi will be the culminating party-event of all the activities already scheduled by the bike-district during the week dedicated to two-wheel passion. The common thread of the evening will be the tyre which, through a creative and interactive path arranged in stations, will be presented in all of its configurations. 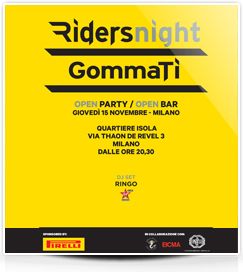 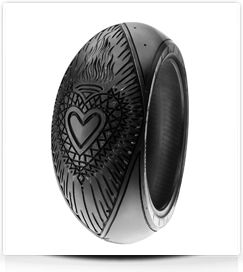 The entire via Thaon de Revel from Thursday through Sunday will be reserved for the event by involving businesses using the classic Pirelli Foundation advertising and creating an open air "exhibition" of Pirelli's iconographic and cultural heritage.

Pirelli initiatives for the 70th edition of EICMA
Newsroom