Since winning the FIA tender to become exclusive supplier to the World Rally Championshipfrom next year, Pirelli has been working hard to create new tyres for the quickest World Rally Cars to have ever raced on gravel, asphalt, snow and ice. Pirelli’s aim is to deliver durability, performance, and adaptability.

Despite the inevitable disruption from the Covid pandemic, Pirelli has stuck to its development schedule for the latest WRC tyre range: presented to global media today onRally Italia Sardinia at a press conference and with passenger rides over the shakedownstage, driven by Andreas Mikkelsen in Pirelli’s Citroen C3 WRC test car.

Pirelli’s Head of Rally Racing Terenzio Testoni said: “After an intense preparationprogramme, we’re delighted to present our new tyres in Sardinia, and give some people the chance to experience them from the co-driver’s seat on the shakedown stage. Later thisweekend, everyone will also see them in action when our former world champion, Petter Solberg, drives the Pirelli test car on the rally-ending power stage here at our home event inSardinia. The next time you see our Pirelli tyres on a World Rally Championship event willbe next year’s Monte Carlo Rally, when we begin our tenure as sole supplier. In creating these tyres, we’ve used the lessons learned in Formula 1, as well as our previous experiencein rallying, other motorsport, and ultra high performance tyres for the road.

The main features of the new range

The average WRC season provides a comprehensive test for any tyre supplier, beginningusually with the wintery conditions of the legendary ‘Monte’. Here, the stages can becompletely dry in some parts and covered in ice and snow in others. Drivers can choose from Pirelli’s Sottozero Snow tyres – fitted either with or without studs – alongside moreregular asphalt tyres.

In the more extreme conditions faced on Scandinavian winter rallies like in Sweden, a full Sottozero Ice tyre is provided. Each features 384 studs that bite into the surface and provideincredible levels of grip – but the tyre has to be able to retain those studs over sections thatcan feature more gravel, especially when temperatures are milder.

Over the remainder of the season, the teams and drivers face a full spectrum of different gravel rallies. A single Scorpion gravel tyre, available in hard and soft compounds, has to handle the extreme heat and rocky roads found around the Mediterranean – such as Rally Italia Sardinia – stand up to the stunning speeds seen on Rally Finland and offer grip in muddy and wet conditions like those usually found in Wales.

There is a similar diversity across the pure asphalt events – for which a single P Zero tyre will be provided in hard and soft compounds. These can vary from the smooth circuit-like roads of Spain to more broken and dirty surfaces where grip is at a premium. All asphalt tyres must be suitable for use in both dry and wet conditions – just as is the case on the road – but a full Cinturato rain tyre is also available for extreme conditions to help clear standing water.

Reinventing history: from rallying to the road

Pirelli has been involved in the World Rally Championship more or less continuously since the series was inaugurated (for manufacturers) in 1973, with the company’s first win that was valid for the new series coming in Poland that same year, courtesy of Achim Warmbold in a Fiat 124. The drivers’ title was instituted in 1979, and Pirelli won it a year later courtesy of Walter Rohrl in a Fiat 131 Abarth. For Pirelli, rallying has above all represented an open-air laboratory, where ideas for eventual road-going use are tested, in a continuous transfer of technology from the race track to the road. The modern Cinturato - which is widely chosen by some of the best-known car manufacturers as original equipment - and the P Zero, Pirelli’s flagship product, were born as a result of motorsport, as well as the technologies used for winter and run-flat tyres. 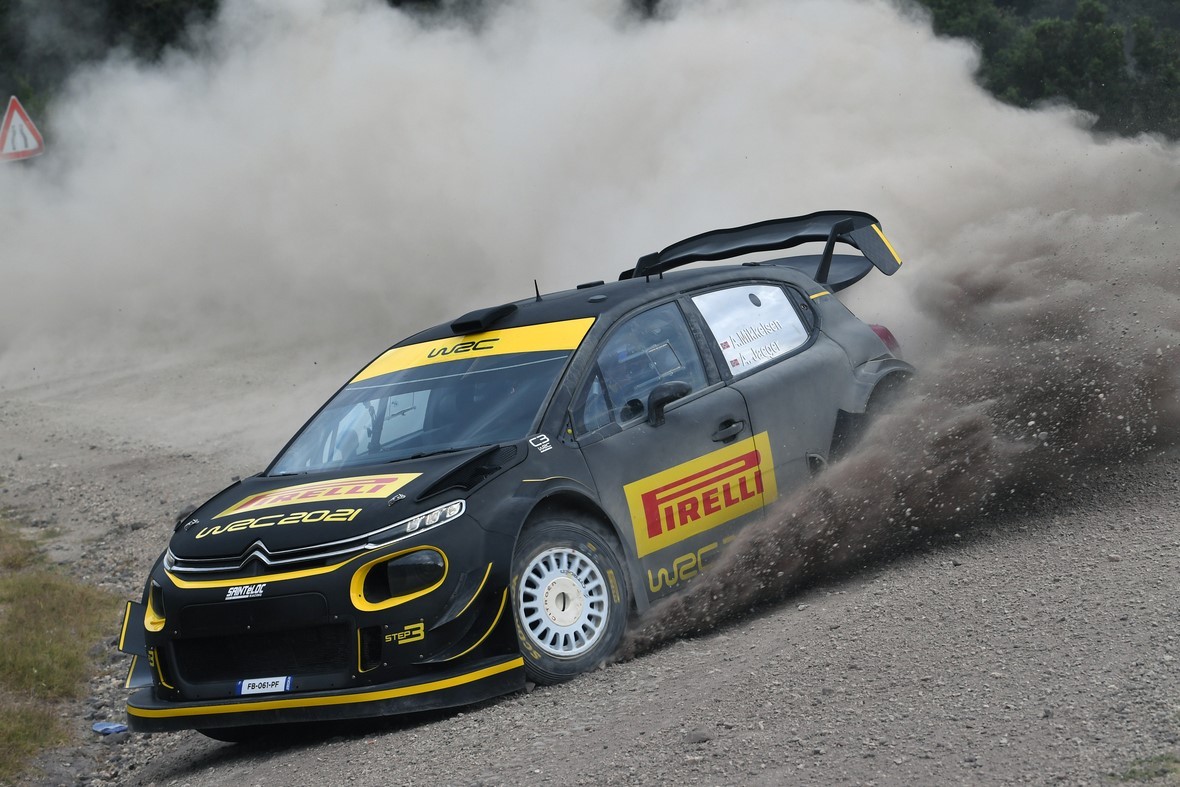