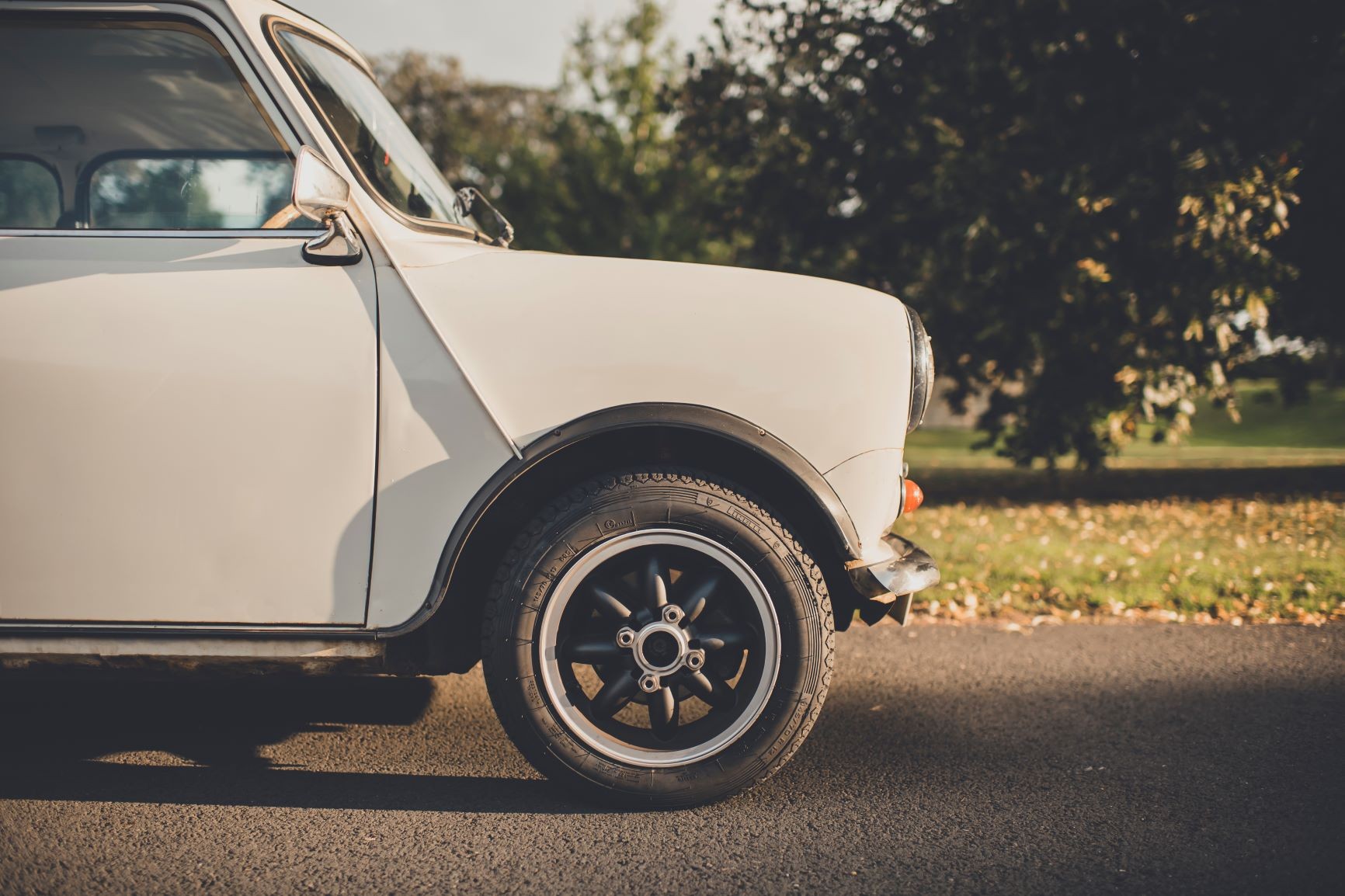 Milan, September 27, 2021 - A new Pirelli Collezione tyre is available for owners of the legendary Mini. Pirelli Collezione is a family of tyres designed for the world’s most iconic cars built between 1950 and 1980, which unite vintage looks and modern technology.

A CLASSIC TYRE WITH FUTURE TECHNOLOGY

For all the different versions of the classic Mini (including the cars built under licence by Innocenti) Pirelli has recreated the Cinturato CN54 in 145/70 R12 size, which was originally launched in 1972. This is a radial tyre with a tread pattern design and sidewall that is similar to the original, but packed with modern technology. In particular, this includes the latest compounds to offer increased grip and improved road holding on wet surfaces, guaranteeing reliability and high safety standards without compromising the original style. During the development of this tyre, Pirelli’s engineers worked with same parameters that the original vehicle designers used, to perfectly complement the suspension and chassis settings of the Mini back when it was new. To achieve this, they referred back to original materials and tyre designs housed in the Pirelli Foundation archives in Milan.

PIRELLI AND MINI: A LONG STORY, MADE IN ITALY

Pirelli started the design of a Cinturato tyre for the Mini, with a tread pattern named 367F, back in 1964. One year later, the Mini’s success reached Italy and Innocenti obtained a licence to produce the cars in its Lambrate factory near Milan, with production continuing until 1975. In 1976, Pirelli developed tyres for the Mini 90 in 145/70 SR12 size and Mini 120 in 155/70 SR12 size. For the sporting versions of the car, such as the Innocenti Turbo De Tomaso, Pirelli made its special ‘wide series’: radial tyres with a wider tread pattern and lower sidewalls compared to traditional rubber. In the 1980s, Pirelli made the P3 for city cars – which equipped the entire Mini family including the Red Flame, Check Mate, Studio 2 and Piccadilly special editions. Mini was reborn in 2000 under BMW’s wing, and Pirelli homologated the Eufori@ Run Flat tyre for the new car: a product that was synonymous with reliability as it was able to drive for 150 kilometres at a maximum speed of 80kph even when completely flat, thanks to a special construction able to support the entire car’s weight.

The “fabulous new tyre with its own safety belt inside” was how Pirelli described the Cinturato when it was launched, a tyre that introduced the radial structure and went on to equip the world’s most significant cars for more than 70 years. With the introduction of the Cinturato CA67, CN72 and CN36, Pirelli invented the concept of the sporting tyre for the road – which was needed to provide as much grip as possible for epoch-defining supercars such as the Ferrari 250 GT and 400 Superamerica, Lamborghini 400GT and Miura, Maserati 4000 and 5000. By the mid 1970s, the next big revolution had arrived in the shape of the first Cinturato P7, with its zero-degree nylon belt and a super low profile. The first cars to use it on the road were the Porsche 911 Carrera Turbo, Lamborghini Countach and De Tomaso Pantera. The P7 was followed by the P6 and P5: the predecessors to the P600 and P700 in the 1980s, with improved safety when it came to wet grip and cornering. By the time the 1990s came round, the P6000 and P7000 were on the market, improving safety and performance still further. In 2009, the Cinturato P7 name made a comeback, headlining on its ability to reduce fuel consumption and noxious emissions, as well as its use of ecological materials, plus improved handling and braking. The very latest Pirelli Cinturato P7 is even safer, more efficient and more sustainable, with an intelligent compound that adapts itself to ambient temperatures and driving conditions.

The Pirelli Collezione family was born with the goal of preserving automotive history through tyres that serve a dual yet complementary purpose: maintaining the look and driving feel of the original versions, but improving efficiency and safety thanks to modern technology and production processes. The range is filled legendary names, from the Stella Bianca, first launched in 1927, to the Stelvio, as well as the more recent Cinturato P7 (1974), P5 (1977), P Zero (1984) and P700-Z (1988). The images, plans and other materials supplied by the comprehensive Pirelli Foundation archive played a fundamental role in reproducing these tyres. The Foundation has kept all documents relating to the design, development and production of every Pirelli tyre over the years. Pirelli Collezione tyres are available from specialised classic car tyre dealers, such as Longstone Tyres, as well as from Pirelli’s flagship P Zero World stores in Los Angeles, Munich, Monaco, Dubai and Melbourne.

MINI: AN ICON OF STYLE AND DESIGN SINCE 1959

The Mini Minor 850 was the first model designed from scratch by the British Motor Corporation and it was initially sold by two different brands: Austin and Morris. It had two different names to match: the Austin Seven and Morris Mini-Minor. The car was designed by Alec Issigonis as everyday transport, but its application for motorsport was soon spotted. In 1961 the first Mini Cooper appeared, which triumphed in Rally Monte-Carlo two years later. This was the era in which the ‘minicar’ phenomenon had well and truly arrived in Italy as well, with room for manoeuvre and parking spaces in short supply compared to the number of cars on the road. This caused something of a conceptual re-think of the way cars were designed. Production of the Mini in Italy began with the Mini Minor 850, before moving onto the Cooper 1000 and then eventually the Mk2, Mk3, Mini 1000 and Mini 1001. The Italian versions of the Cooper met with great success, as they offered better trim levels than the British versions at a lower price. As the 1970s approached, British Leyland (the successor to BMC) took two decisions. Firstly, they were going to turn Mini into a distinct stand-alone brand, and secondly a new Mini Clubman luxury version would be introduced. In 1984, there were various mechanical modifications, such as front disc brakes, to keep the car up to date. By 1997, the Mini name had been acquired by BMW. In 2019, Mini celebrated the brand’s 60th anniversary, with the exclusive Mini 60 Years Edition introduced.