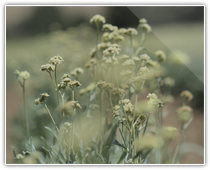 For the first time, Pirelli has produced an Ultra High Performance tyre that contains natural rubber from the guayule plant. Guayule is often described as a desert shrub that typically grows in arid climates. It is not a food crop and can be cultivated with little water and no pesticides, making it a viable alternative to the Hevea Brasiliensis rubber plant. Back in 2013, Pirelli signed an agreement with Versalis (Eni) for an exclusive supply of guayule natural rubber, which would be used to make tyres. During this extremely short space of time, Pirelli's researchers studied the characteristics of the new primary material closely in laboratory conditions, in order to assess how this would best translate to road use. Pirelli has recently tested the innovative prototype on the Vizzola and Balocco test tracks, using a Maserati Ghibli.  It demonstrated the same performance as tyres made with synthetic polymers in a variety of extreme usage simulations, including wet road surfaces. Fabrizio Sanvito, project management and technical benchmark at Pirelli, added: "The track testing phase of our guayule rubber tyres has been more than positive. The choice of a high-performance car to carry out these tests was dictated by the need to place the biggest possible demands on the tyres and extract the most meaningful results. After the success of this first phase, we are now assessing the possibility of trying out these prototype tyres in winter conditions." Substituting petrochemical polymers with alternative and renewable primary materials is a key objective for Pirelli's research division, which has been a leader in sustainable mobility solutions for many years. Alongside development of these new biopolymers as a key ingredient in compounds, Pirelli already produces tyres that use renewable primary materials, such a silica obtain from rice husks.