Pirelli n.1 in original equipment for sport vehicles in Usa 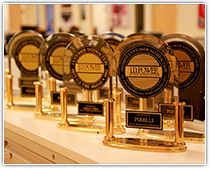 According to the 2015 Original Equipment Tire Customer Satisfaction Study of JD Power & Associates, which analyses consumer satisfaction with original equipment (OE) tyres, Pirelli Tire North America ranks highest in the Performance Sport segment and second in the Luxury segment. Pirelli has come in first for the Performance Sport segment four out of the last six years (achieving the highest score in 2015, 2014, 2012 and 2010). This highlights Pirelli’s strength and leadership in the premium and ultra-high performance (UHP) tyre markets in North America, where  Pirelli tyres are increasingly the first choice as original equipment for US manufacturers Cadillac and Ford; as well as Aston Martin, Bentley, BMW, Ferrari, Lamborghini, Maserati, Mercedes, and Porsche. 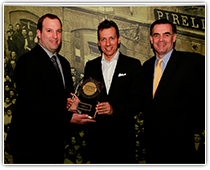 The 2015 Original Equipment Tire Customer Satisfaction Study is based on responses from approximately 29,000 original owners of 2013 or 2014 model-year vehicles.  The study, which is divided into four categories (Luxury, Passenger Car, Performance Sport and Truck/Utility), was carried out in November and December 2014 among motorists who have been driving their own car fitted with the same original equipment tyres for two years. Wear, appearance, traction/handling and driving are the four parameters considered.