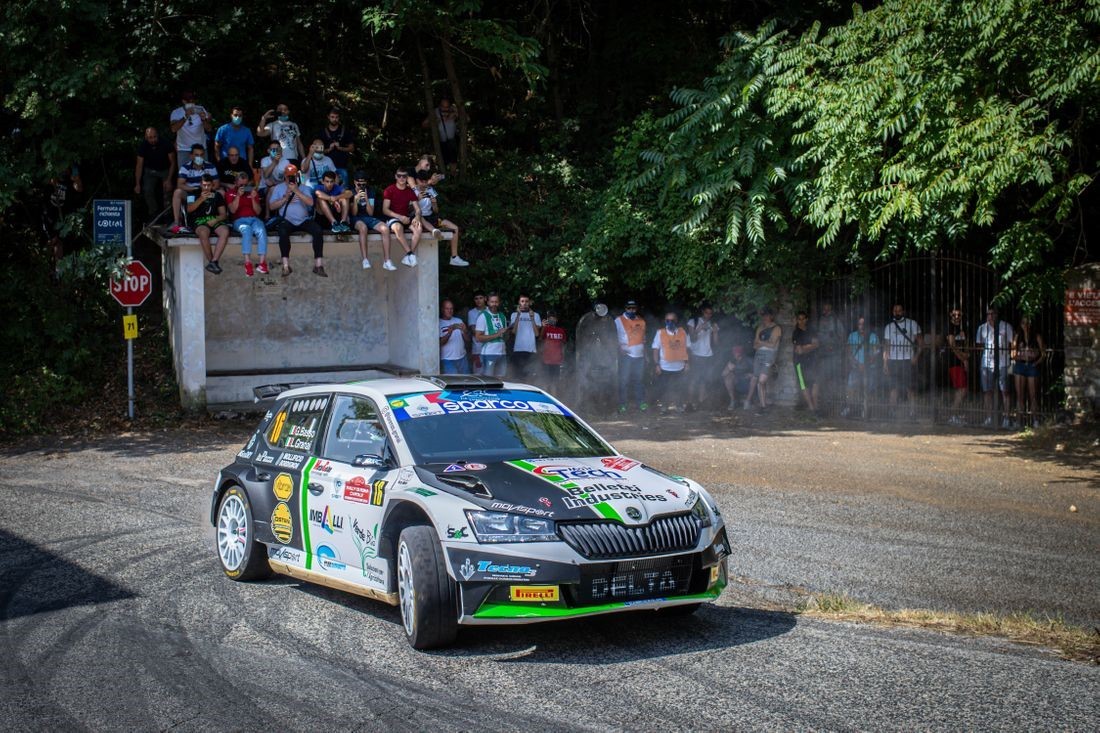 Milan, July 25, 2021 – Italy’s Giandomenico Basso won the Rally di Roma Capitale, a round of both the Italian and European championships, to head an all-Pirelli podium ahead of reigning Italian rally champion Andrea Crugnola and Hungary’s Norbert Herczig.

Helping Basso’s Skoda to victory on the 13-stage asphalt event was the consistent performance from the Pirelli RA5 tyres used throughout the event, which were able to adapt themselves to the demanding conditions. These included the high ground temperatures, of up to 60 degrees centigrade, and a wide variety of surfaces ready to catch out the unwary.

Terenzio Testoni, rally activity manager: “Pirelli’s RA5 tyres showed fantastic versatility and adaptability, resisting the torrid heat and slippery surfaces: both on the first leg with medium to abrasive asphalt, and the second leg where the asphalt was particularly slippery. This really confirmed what we always knew: the hard tyre has always guaranteed strong performances and the best compromise between speed and wear, both on the European championship and Italian Rally Championship, as well as the World Rally Championship.”

Pirelli’s RA asphalt tyres are a well-known reference point in Pirelli’s range, having proved to be extremely successful from the start. The hard tyres in the range are characterised by a high degree of adaptability to a number of different usage conditions. Handling, grip and lateral stability are what makes these tyres stand out against strong opposition.

The Junior section of the European Rally Championship event in Rome was won by Estonian Ken Torn in a Ford Fiesta Rally 4, while Pep Bassas claimed the ERC3 category win in a Peugeot 208 Rally 4. Jean-Baptiste Franceschi won the ERC3 Junior category, again on P Zero tyres. They all used Pirelli’s RK5 hard compound tyres from start to finish.