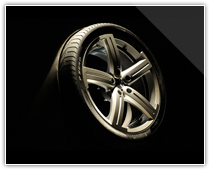 Tyres under the spotlight as Pirelli returns to Formula 1TM; the technological expertise acquired during the Grand Prix races has provided ideas and useful information to researchers developing the P ZeroTM Silver, a new high-performance tyre that extends the group’s premium range. P ZeroTM Silver is the first road tyre derived directly from Formula 1TM tyres with which it shares not only name and aesthetic references but, above all, modelling and technology of the materials and production processes. By optimising the data gathered during each GP, it has been possible to cut development time for new tyres to only a few months and predict performance whilst still at the design stage. 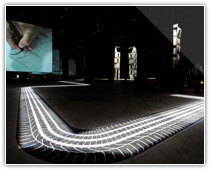 “The tyres are round and black, but there is a lot of technology inside”, stresses Pirelli Chairman Marco Tronchetti Provera. “Thanks to the Research & Development Department and Pirelli engineers, we have risen to the Formula 1TM challenge in less than a year by developing products that won’t last the whole GP but, on the contrary, demand more pit stops and make for a more spectacular race. An important experience that has also enabled us to create P ZeroTM Silver, the first of a series of limited edition premium tyres providing everyday motorists with the technology and expertise used for racing, encasing them inside a longer-lasting tyre offering improved performance and safety”. Available from spring 2012, P ZeroTM Silver will be one of the flagships of the Settimo Torinese facility where the Formula 1TM compounds are already produced, assembly taking place at the Izmit plant in Turkey. http://www.youtube.com/watch?v=jrCw9-E9z4E
Newsroom