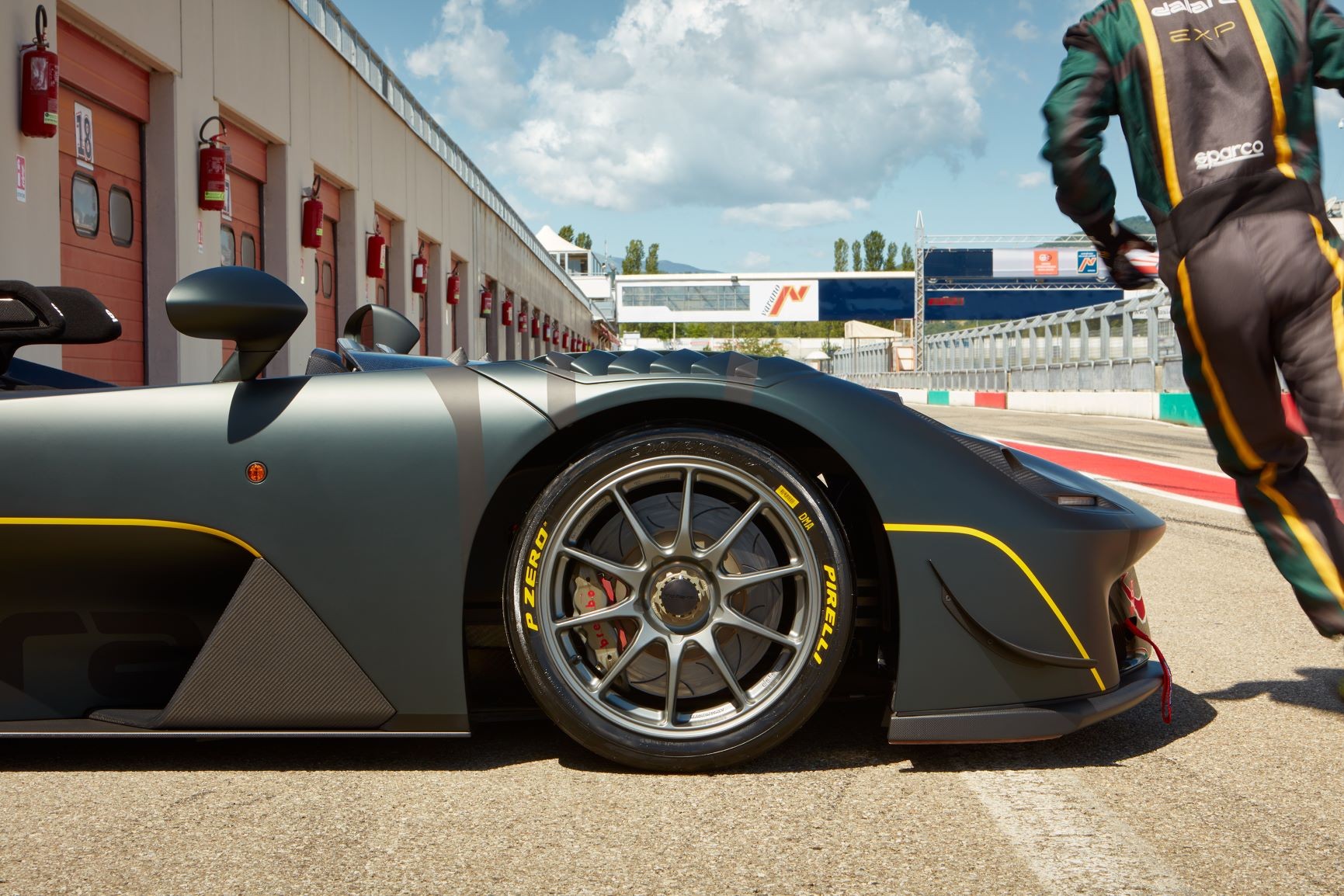 Milan, August 18 2021 – Pirelli P Zero Slick tyres have been selected by Dallara to equip the exclusive Stradale EXP, a version of the road-going Stradale designed for track use with 500 hp, 720 Nm of torque and weighing only 890 kg. Pirelli engineers faced a difficult challenge in the development of these dedicated slick tyres, which are required to withstand impressive loads. The P Zero tyres developed especially for the Stradale EXP have allowed Dallara to achieve its goal of lapping the Mugello circuit in less than one minute and 46 seconds: a goal exceeded when the car and its Pirelli tyres recorded a lap of 1m45.837s.

The Dallara Stradale EXP is an evolution of the Stradale intended to provide an amateur experience for everyone from the road to the track, allowing track day participants to have fun without having to submit to the homologation constraints of road cars. The car’s debut took place at the Pirelli P Zero Experience in Mugello, one of the most exclusive events dedicated to gentleman drivers who want to bring their car to the track and test the highest-performing models from those manufacturers for which Pirelli produces tailor-made tyres.

The development of the tyres for the Stradale EXP presented several technical challenges for the Pirelli engineers. In its natural habitat on the track, the car generates significant dynamic loads, comparable to those experienced with a GT3 racing car. The solution was sought in an accurate development of structures and materials, which led to the use of a softer compound (medium) for the front axle and a stiffer one (harder) for the rear to ensure a good dynamic balance of the car and provide the right balance between performance, grip and resistance to different temperatures, thanks to the introduction of new generation polymers. This explains the different nomenclature between the DMA front tires and DHA rear tires. Before the official debut at the Pirelli P Zero Experience, the Stradale EXP with P Zero Slick tyres travelled over 9,000 km on various tracks, including Barcelona, Misano and Vallelunga, to be tested in a variety of conditions representative of different circuits.

Pierangelo Misani, Pirelli’s Senior Vice President of Research & Development and Cyber, said: “With the tyres developed for Dallara Stradale EXP, our goal was to offer maximum performance combined with the widest possible working range. As is also the case with GT cars, the target was versatility. We wanted a P Zero that was easy to use for gentlemen drivers, who need a tyre that can offer clear feedback, but also suitable for the most demanding of drivers. We worked very well with the Dallara team: it is a company with which we share the same passion and the same objectives, starting with providing the maximum safety possible”.